Worth Watching: Rachel Getting Married 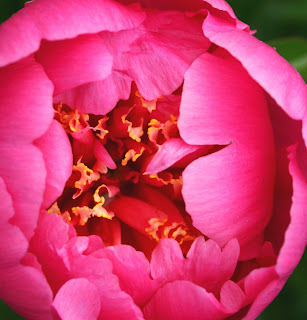 In the early 90's, I taught social work teacher in a small Texas college. I tried to prepare students to get personal with clients by giving them first hand experience in having their psychological closets scrutinized. Seniors were required to do a family genogram (psychological map) of three generations in their family. Each semester before the papers were due, a parade of nervous students came to my office, afraid I would think their family crazy. Leo Tolstoy wrote that all happy families are happy in the same way, whereas unhappy families are all unhappy in their own way. I'm not sure I agree. To nearly a one, families deal with disease, dysfunction or one of a hundred kinds of very real suffering that is part of the human experience.
The award winning Rachel Getting Married is a realistic look at one family's suffering and subsequent (though imperfect) redemption. The haunted and luminous Anne Hathaway plays a junkie home from rehab to see her sister married off. As she jockies to resume her position as the family screw-up, she illustrates how one can be 9 months drug-free and yet far from recovered.
There's no dearth of family-dysfunction pics to be had. What I appreciated about this film was the authentic portrayal of damaged, suffering people doing the best they can, and doing better as they come to consciousness. Unlike typical Hollywood films, the characters here are not good guys or bad guys, but three dimensional beings acting out of their limitations with as much grace as they can muster. Sometimes, like all of us at our worst, not much grace is evident at all.
My theoretical foundation for understanding human behavior is summed up in three words: People are messy. We all hold the capacity for loving and being loved, as well as for wounding and being wounded. When we are acting out, it is usually subconscious and not necessarily related to whoever happened to be nearby at the time. We walk around with our sore spots not even knowing some are there until someone bumps into one or reminds us they exist. That's what therapy is all about-- figuring out why we are stuck repeating our history by understanding it better. We learn to forgive others, and ourselves, for being imperfect and semi-conscious. And as we wake up and learn to tolerate the discomfort we have been running around trying to avoid, we increase our capacity for love.
Rachel Getting Married is now playing at the Darkside in Corvallis. While you are there, grab another dose of wisdom by picking up a copy of owner Paul Turner's fantastic collection of tales and truths, "Prancing Lavender Bunnies".
Posted by Jana Svoboda, LCSW at 9:18 PM No comments: 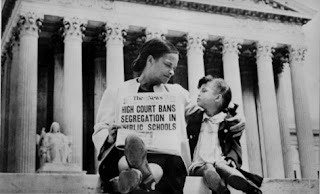 2008, a coffeeshop blog--
I'm having a cuppa and enjoying the wifi at a little cafe' in Topeka, Kansas, in between a couple of workshops I'm doing on communication and diversity. The topic is timely: on the heels of a historic election, after a particularly mean-spirited political season, during a period of national anxiety. Americans have been drawing lines vigorously. On both the personal and political levels, we tend to batten down when we're scared, and we get scared when we think our piece of the pie is possibly up for grabs. And when we're scared, we often act direct from our reptilian (read: fight of flight) brains. It's not pretty, but it's pretty common.

When my sister drove me into Topeka from the airport, we made an immediate pilgrimage to the Brown vs. the Board of Education historic site. It’s the only national park site named after a court case. Here in 1954, in the heart of the heartland, the legal segregation of schools by race was ended. I wasn't even born when 7 year old Linda Brown's father sought permission to let his daughter attend her all white neighborhood school, rather than make the mile-long trek across dangerous railroad tracks to the black school. The decision was made in the mid-50's, but years of dissent, marches and bravery were needed before integrated school were mostly a reality. Mostly, because racism persists in subtle and not-so-subtle ways in institutions and in community.

Four months ago I had the privilege of a viewing an exhibition of Civil Rights memorabilia at the High Museum in Atlanta. I was disturbed and deeply moved by the photographs of Rosa Parks’ arrest, nonviolent protesters being hosed and beaten by police, and the little girl walking through a path of angry, threatening grown men scared because she wanted to go to a white school. I was astounded by the courage of so many with so little, and how they changed history.

How do we mend our separations? At the workshop I gave today on diversity, I talked about how we are all viewing the world through our tiny lens, thinking we are seeing the truth. A participant asked how one could enlarge the view. My immediate answer-- stretch your vision. We're scared of what we don't know. And when we align ourselves with like minds, we reinforce our belief that we are the norm. Research on dealing with fear tells us the best way to reduce it through exposure. The philosopher Kierkegaard said it as well-- to grow, move toward what makes you anxious. Expand, don't contract.

We may not all have the same experiences, but we experience the same primal events, of love, fear, suffering. There is much more that unites us than separates us. Jung teaches us that there is nothing we can perceive we have not experienced on some level, so even that we reject has somehow, sometime, been a part of us. When we open up to new ideas and experiences, and seek to understand, we can't help but grow.
--Jana

Although the exhibit at the High has closed, you can read about it here
Posted by Jana Svoboda, LCSW at 10:50 AM No comments: