You are not your mood. 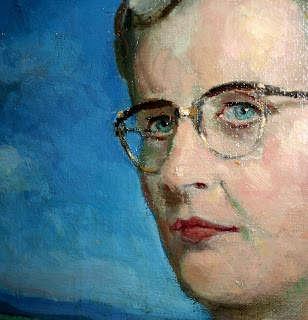 One day last week I woke up cranky. Might have stayed up too late, might have been the moon. Maybe I had a bad dream. Whatever the reason, I woke up irritated, and projected it on everything. A series of regular delights and irritations followed:
some things I wanted to happen, didn't, even though I did my part. I had a nice breakfast with a colleague. Someone talking on a cell phone nearly ran me over. I found a present from a stranger. Point being: things happen. Every day. Good things, bad things. But from my half-empty-glass state, my attention wanted to focus on the bad.
That morning, I noticed my mood and decided I would make a real effort to act reasonably even though I don't feel reasonable. In my therapy practice, I talk a lot about acceptance, as in the Serenity Prayer: deal with reality you can't change, change what you can, be smart enough to figure the difference. I figured I may not be in charge of my mood. Feelings aren't facts; they rise up when they want. But how we act on them-- we can take charge of that. It wasn't easy. I wanted to snap at people (and I did, time to time, before I caught it), but for the most part I was intentionally kind and patient, even though some rascally part of me wasn't motivated to that. I want to be clear that I was not denying my mood or feelings. Rather, I was choosing my behavior, on the premise the mood would pass. I thought about the economist I quoted in an earlier blog who noted our future self often would prefer we make different choices than our present self desires. I practiced, in short, being a grown up and doing the hard but right thing.
It was simple, but it was eye opening. The next day, when I inexplicably woke in a good mood, I was able to assess my choices of the day before and feel ok about them.
There's a story I sometimes tell, about a king who was terribly melancholy and searching for a cure. He hired and fired various priests, sages, doctors and wizards. Nothing worked. After a time, he was presented with a ring and told it would do the trick. Inscribed on the ring: "This too will pass."
That's the deal with moods. In his book Don't Sweat the Small Stuff , the late Richard Carlson noted that we wake up different days in completely different moods, despite the same circumstances we had the day before. No sense reworking your life-- or your reactions, or behaviors-- on something so transient.
Good stuff, bad stuff--this too, will pass.
Jana
Posted by Jana Svoboda, LCSW at 9:32 PM