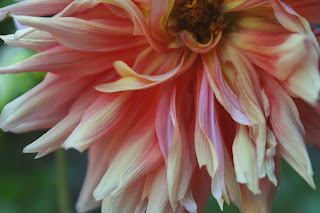 This is a long one, but there are some real gems in here. A friend of mine asked me to participate in a tag to list 15 books, in a few minutes, that made an impression and stuck with me. My few minute list was more like thirty-- but here it is. I sent the tag to some friends, and noticed that a lot of theirs were on my longer list. But there were also a few I'd never heard of, and now will be checking out. Feel free to add your list. It's been wonderful to see familiar and new titles in these.
I want to be clear my (and your) list isn't perfect-- I've since decided there are others that would bump some off. But do it quick, don't give much thought. I've included the replies I've received thus far from those who ok'd sharing them and will add others as they come in.

Traveling Mercies-- Annie Lamott Ruminations on faith by a Christian who's not afraid to use the F word
Love is a Dog from Hell-- Charles Bukowski Beat poetry
Franny and Zooey-- JD Salinger Family in all its idiosyncratic glory
A Year of Living Biblically--AJ Jacobs Esquire writer's attempt to follow the bible, literally and ludicrously, for 365 days
Yes Man-- Danny Wallace Another experimental year-- saying yes to everything-- funny and poignant
Mushrooms Demystified-- David Arora The be-all, end-all guide to everything fungal
Mr. Bloomfield's Orchard-- Nicholas P. Money A more British take on mycology
Therapy-- David Lodge Hilarious coming-of-middle-age novel
Be Here Now-- Ram Das This was my introduction to mindfulness and present moment, way way back in the day
The Lorax-- Dr. Suess Environmentalism for all ages
In and Out of the Garbage Pail-- Fritz Perls Found this in my dad's bookshelf when I was 12; decided to be a therapist
The Incredible Lightness of Being-- Milan Kundera Beautifully written novel by a great Czech author
One Flew Over the Cuckoo's Nest-- Ken Kesey Local hero Kesey also influenced my career in mental health work
The Collected Works of ee cummings He kills me. Still.
Charlotte's Web-- E. B. White EB White was also an environmentalist, and a very wise man, who wrote of a splendid pig.

Now here are some from fellow travelers of the page, copied/pasted:

Juliana Zee's list
The bluest eye. Toni Morrison
black like me
Traveling mercies
Fall of the house of usher
girl with the pearl earring
bell jar
bastard out of carolina
an unquiet mind
diary of anne frank
wind in the willows
whats the matter with kansas
sociopath next door
for better or worse
catcher in the rye
the forest people

Ike Reser's list
A RIVER RUNS THROUGH IT
THE RIGHT STUFF
DOROTHY DAY (BY ROBERT COLES)
COLD MOUNTAIN
SALVATION ON SAND MOUNTAIN
THE COURTING OF MARCUS DUPREE
THE CHALLENGE OF JESUS
EAT THIS BOOK
UNDER THE BANNER OF HEAVEN
THE OMNIVORE'S DILEMMA
IN DEFENSE OF FOOD
ALL THE KINGS MEN
O JERUSALEM (COLLINS AND LAPIERRE)
LORD OF THE RINGS
U2 (FLANAGAN)
more to come...
Jana
Posted by Jana Svoboda, LCSW at 10:09 PM