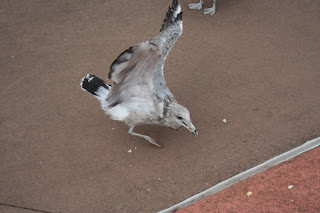 Fall has arrived, and with it the coming of the dark.  For many, it's the beginning of this season rather than Jan.1st that marks the psychological start to a new Year.   It's a good time to take inventory.

A few nights ago, I had a terrible dream.  There had been a murder in an area I was vacationing, and when I came back from hiking to the home where I was staying, the door was ajar. The house was ok, but as I went to secure the back door, the murderer came in, and made clear his intent to harm me.  At some point I remembered what I did for a living, and started talking him down, buying time.  I'll spare you the long winded details, but what was interesting to me in the dream was that as we talked, and I listened to him with genuine curiosity and compassion, he grew smaller and smaller, and I realized I didn't need to fear him at all.

Jung says dreams come to us in service of of Psyche, as letters from the unconscious.  My webmaster pal Hal might say some dreams come in reaction to the pastrami we had for dinner.  This particular dream may have been symptomatic of too much CNN.  But since I'd seen Don Quixote in Ashland the previous weekend-- well, I saw a different possibility.  It seemed a representation of how our fears can become gigantic, hold us hostage.  How they can cause us much more trouble than they are actually capable of inflicting, with our help.  And about how when we face them, with curiosity and compassion, they shrink and lose their power.  I had a very similar dream five years ago.  As before, I'll take it as an invitation to look more closely at what fears might be holding me back in growth.

Resources:  For an interesting article on Jung, check out this week's New York Times Sunday magazine.  Find it here: http://www.nytimes.com/2009/09/20/magazine/20jung-t.html?emc=eta1

Update:  This morning's GT had a sweet article about the local Waldorf school's Michaelmas celebration, echoing the theme of this entry.   Second-grader slays his dragon!

Posted by Jana Svoboda, LCSW at 11:00 PM No comments: Links to this post 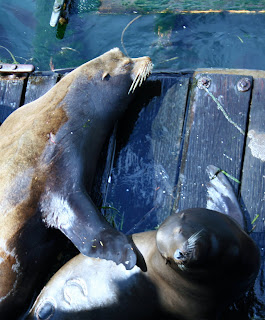 Warning to the sensitive: Salty Language Alert (a little late for that, though, isn't it?)

A few weeks ago, I was talking with a client about the many opportunities others offer for us to be a jerk. There's the shopping cart commando, blocking you at the grocery aisle. The clerk too busy talking on her cell phone to check you out. The person who curses you in traffic even though they caused the problem, or the friend that says something terribly hurtful. The client noted that at times like that, it seems reasonable to be rude. After all, you have a right to get mad when someone is being an asshole to you.

I agreed. I also agreed we had a right to a tension headache, high blood pressure, and a clenched jaw— but who wants them? What if, even when or even especially when others are assholes, we decide not to be? That would mean one less asshole in the room—and that's always a good thing.

And thus a new world movement was born: One Less Asshole, or OLA, baby, for short.

This isn’t just Pollyanna sentimentality. We’ve reached the world’s carrying capacity for jerkiness. It’s just not that big of a planet. And kindness is good for you. It can turn a situation around in amazing ways.  Even if it doesn’t, there’s still one less asshole in the room.

So do your part, for an hour or a lifetime. Become an OLA supporter. When someone is rude to you, don’t react. As Plato said, “Be kind. Each of us is fighting a hard battle”. It could be your reasonable response is enough to tip their balance in a positive direction. But at minimum, you don’t have to get tipped.

For more information and related links, join the movement at the OLA, BABY facebook group.
Posted by Jana Svoboda, LCSW at 8:09 PM No comments: Links to this post