With Love for Phoebe 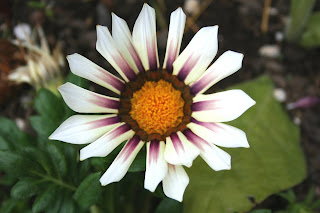 Phoebe Prince was 15, an immigrant from Ireland's County Clare.  She moved here with her mother and siblings for a chance to experience America.  Her experience was horrendous, and ended up with her death by suicide.  More accurately, she was bullied to death.

A beautiful young woman, Phoebe faced the ire of the South Hadley, Massachusetts "Mean Girl" militia shortly after her arrival.  Her most grievous error according to articles about her death--briefly dated a popular senior football player.  She was harassed daily at school, online, and even after death on her facebook memorial page.  Administrators appear to have known, and turned a blind eye.  This week nine of her taunters were charged, after an investigation into the months of peer abuse that preceded her death.   It's a good start, holding those responsible to at least a public accounting of their behavior.  But it's action taken much, much too late.

Bullying is not child's play.  I see adults in my practice who still bear the scars of cruelty suffered at the hands of their then-peers.  Sometimes, like in  Megan Meier's cases, adults were involved in the bullying.  The effects are profound.  Although our school district in Corvallis, like many, has a written anti-bullying policy, I hear several stories every year that show intention is not enough.  We need to support a real "no tolerance" policy for bullying.  In-school suspension with mandatory counseling or anti-harassment education would be a start.  Teacher reporting is essential.  It's not a matter of "kids will be kids".  It can be a matter of life or death.

Several years ago, just a block or two from my home,  a youth was severely beaten by his school mates after being taunted about his sexual orientation.  My partner, profoundly disturbed that this could happen in our allegedly tolerant town, canvassed places of worship and community business to purchase an ad in the newspaper decrying the action.  The ad contained a half-page poster that could be displayed on doors to designate the home/building as a safe space where all were welcome, regardless of race, sexual orientation, ability, etc.  It's time to take up the banner again-- not just with words but with deeds.  Stand up against bullying.  Call it out when you hear it.  Educate, educate, educate.  Don't let hurtful words go unchallenged. Ask your school officials what they are doing to teach and support not just tolerance, but compassion.

Resources:  Mean Girls:  Tina Fay directed this funny but poignant movie about being on the outside of the "popular crowd". This is a good conversation starter for middle school girls and parents.  The movie was inspired by the book Queen Bees and Wannabes, by Rosalind Wiseman, educator and advocate.  Click on the link to visit her blog.
Click to listen to Janis Ian's At 17-- a classic song capturing the difficulties of being on the outs of the in crowd.
Tolerance.org is a site devoted to social justice and raising awareness about the problems of hate and intolerance in our culture.  They provide excellent curriculum to schools and other organizations at no cost.  Help them in their good work out with a donation.
Dr. Ken Rigby offers good resources on his site about school bullying and what can be done to address it.
An article about bullying and suicide, by Kevin Caruso can be found here, along with links to prevention sites. Read these four stories about those whose lives were cut short.  These were people's beloved sons and daughters.  Be part of the solution, in their memory.
Ryan's Story
Jared's Story
Maria Herrera
Jaheem Herrera
Be part of the solution, in their memory.

Posted by Jana Svoboda, LCSW at 9:02 PM No comments:

She with her head in the clouds 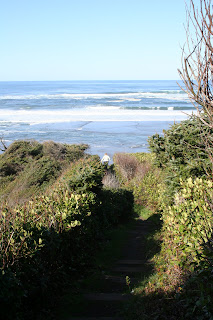 While out walking tonight, the weather shifted rather quickly and the clouds were amazing.  It's the second time this year I've seen what looked like the newly-named "asperatus" formation-- undulating, pitted looking waves that resemble a choppy sea.  Beautiful, awe-inspiring sky.

I'm surely one of the 10-20% of the population born with an anxious gene.  Evolutionarily, it would serve to have a stock of folks who tend to the signs around-- hyperalert for changes, radar always on, ready for action.  So I notice things, and I pay attention to all sorts of stimuli others miss. It might look like ADHD (and I am probably the poster gal for that too) but it's more over-attention than lack of it.  The plus part is I see the clouds. And a lot of other things-- tiny mushrooms, heart-shaped rocks, four-leafed clovers.  I have a super sense of smell-- walking at night especially brings a cascade of information about people's laundry, recent cigarette break, cats in the garden, etc.   I notice car bass thumping, airplanes passing,  the tv show at the neighbors. I notice moods and gestures of people too-- what some might call "vibes" but my pragmatic brain thinks is just subtle information that predicts behavior in other.

The down side of this-- it can be awfully busy inside my brain.

To soothe my over-active sensorium, I head for nature when possible.  I love being in the wild, with its lack of signage and its more lulling soundscape.  I sleep better on my much-too-rare camp trips, especially when I've had a day of rowing or other physical activity and synched with the sun's up and down.

"It's not the hand you're dealt, but how you play the cards," someone said.  We're made all kinds of ways.  We don't have a lot of choice in it, but we can make use of who we are and find ways to decrease the burdens of our particular proclivities.

I'll write more about theories on the "sensorially acute" in the future.  For interesting reading now, see these resources:
NY Times:  Understanding the Anxious Mind
Books:
Self Test: Are you Highly Sensitive?  by Elaine Aron.  She is the author of several books on the subject, including "The Highly Sensitive Person's Survival Guide.  Her website is here.
Two free short meditation downloads--using "brain-synch" technology-- can be found by clicking on this link at brainsynch.com.
Check out Richard Louv's book, The Last Child in the Woods.  As far as I can tell, he coined the term "Nature Deficit Disorder", and posits a powerful argument for how nature can cure what ails us.
Shut Up Already:  Read this short article from Wired mag on how rare quiet has become, even in nature, and what trouble that can cause.  "Biophonist" Clive Thompson finds that disruptions in the natural soundscape can profoundly and negatively alter the wildlife within it.

Name me no names for my disease
With uninforming breath;
I tell you I am none of these,
But homesick unto death.
----Witter Bynner
"The Patient to the Doctors"
Ansel died at 20, waiting for a transplant that might have kept him journaling, poetgaming and mountain climbing.  A few weeks before he died, I visited him in New York.  When I asked what I could bring him from Oregon, he said: "Seaweed-- lots of kelp.  I want to take a bath in it and pretend I am in the ocean".  (I did, and he did).
He packed more life into two decades than many of us could in five, and had a heart the size of Texas.  His family and friends miss him very much but are ever enlarged and grateful for our brief time with him.
Give the gift of life:
GIVE BLOOD
BECOME AN ORGAN DONOR
Billy Collins :The Dead
Song of the day: A seeker and poet like Anselin, Dave Carter wrote his own eulogy song a few years before his unexpected passing.  He plays it here with the gifted Tracy Grammar.  More at daveandtracy.com 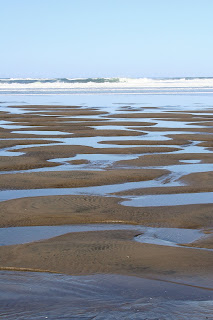 Barn's burnt down --
now
I can see the moon.


It's springtime in Oregon.  We know, because on the rare occasion the sun is shining we can see the little furry patches of moss on our ankles starting to spore.    Time for a little spring cleaning.
I must have come from the gathering part of the hunter/gatherer tribe.  I collect.  A couple hundred heart shaped rocks are piled under the base of the front yard maple, and most are under a few years' worth of leaf litter.  There are bowls and stacks of rocks around my house, in my office, providing a nice natural counterpoint to rest of the clutter.  I'm a sentimentalist.  I have the orange my sweetheart brought me 20 some years ago on our second date-- I was sick, too sick to eat it, and it quickly desiccated on the window sill and has followed house to house since.
Some of these things I am glad follow me.  But it's past time to goodwill, toss out or repurpose the several dozen mismatched socks, 80's business suits, old tupperware bowl without the lid, etc.  I like giving things away as much as collecting them.   I've rehomed many a sentimental piece of art or jewelry.
Here's some resources for reducing your load.
Freecycle is a national network devoted to keeping useful items out of the landfill.  "Useful" is a broad definition-- I've given away a nearly new but unfunctioning printer and ceramic heater to people with more mechanical savvy.  Group names and contact methods vary by location; find yours here.
http://www.freecycle.org/
Locally, the ARC, Cat's Meow, OSU thrift store, Vina Moses, Goodwill and Habitat for Humanity would love to sell your gently used items to fund their good works.
The Northwest Earth Institute offers nearly free classes in voluntary simplicity and sustainable living that will get you thinking about what you need and what it really costs to have it.Today's quote:  It's not the daily increase but daily decrease. Hack away at the unessential. --Bruce Lee
Song of the day:  "Just Let Go", by Karen Savoca
Inspiring vid of the day:  The Story of Stuff