What Anxiety Wants is Predictibility 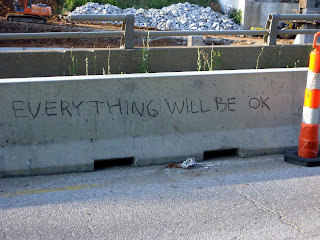 (Photo by Marla Dean Svoboda)
GOT FEAR?
The spectrum of human experience known in the biz as ANXIETY DISORDERS account for much of my office traffic. As noted in previous blogs, there's reason to believe some of what makes a good chunk of our population more jumpy is genetic, and evolutionarily beneficial. People with more anxiety have Great Big Radar-- they are more tuned in to (and reactive to) changes in environment, internal and external.

Anxiety disorders in the DSM-IV, my professional's travel guide, include everything OCD to Post-Traumatic Stress. There's also categories for the generally jumpy (Generalized Anxiety Disorder) to the specifically frightened (phobias). Panic attacks are discrete periods of high anxiety that can be brought on something in particular, such as being in a crowded place or on a bridge, to nothing obvious at all-- worse, because that's a little harder to avoid.

The brain is great at learning what scares it. Danger memories can get hard-wired to provide a quick spill of chemicals that ideally would serve us well-- to get us the hell out of dodge, or help us fight off our attacker. Brain is not particularly selective in what gets filed, which can result in some strange associations we may not even know exist. For example, if you're in a car wreck, Brain may file away not only screeching tires and breaking glass. You might find yourself also getting panicky feelings (the emotional interpretation of all those chemicals coming to fore) when you pass white Hondas, or that particular intersection. That one's easy to connect, but while you might not have noticed what was on the radio, Brain could have, and you may not understand why your heart races every time that Lady Gaga song plays. I had a boss once who was a Viet Nam War Vet. Once during a staff meeting someone decided to make popcorn and started up the air-popper. Next thing we knew, our normally composed boss was under the conference table. Turns out the sounds the machine make are very close to what rear-machine gunfire sound like. Now obviously his logical thinking knew a popcorn machine was no physical threat. But body thought different, and it took a while for him to dial down the adrenaline.

Anxiety is the dizziness of freedom, said Kierkegaard. We are faced with an avalanche of choices, and each choice carries a responsibility and the opportunity to go wrong. Anxiety just wants to know and be able to plan for what's next. That's why a lot of people with the Anxious Gene can look like micro-managing control freaks (and why OCPD is probably just a coping response to an anxiety disorder). It's why we become much more anxious after an event that is not predictable, like the beautiful fall morning in NYC that later became known as 9/11. It's the seductive attraction of fundamentalism-- a simple recipe we can follow so that everything is guaranteed to turn out OK.

Our attempts to make an unpredictable world more comfortable often backfire. Addictions often start as ways to soothe, and we use many means to become comfortably numb, like TV watching. We substitute relationships that feel more manageable for ones that can provide greater intimacy with its resultant greater risk of loss and heartbreak. We practice avoidance through procrastination (consult me for tips-- I should be doing billing right now). We adhere to rules and ritual, sometimes crazy ones, to give an overlay of structure. All things in moderation -- some structure is a great thing, and too much or too little is a bad thing.

I'll talk more specifically about PTSD next blog, and follow that one with some tools for managing anxiety in the moment and overall. If you missed past blogs on fear and anxiety, click on the links below:
Obsessive Compulsive Disorder
She With Her Head in the Clouds
Breathe
Tilting at Windmills
Be luminous! The day is over.

Song of the day:

Posted by Jana Svoboda, LCSW at 9:21 AM No comments: 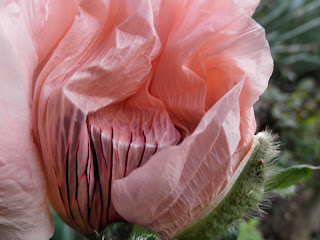 Friday night I got my mojo refreshed at a celebration for a friend's graduating son. The party, held at her country home, was filled with music, dancing, and love. She'd prepared a traditional Indonesian feast-- a epicurean tableau of colors, smells, and flavors that drew many of us back for thirds. Ages of the festive ranged from 0-80 plus. Kids ran through the woods, sampled in the gardens and swung from the rafters and we all danced to a live band in a beautiful barn, playing original tunes with global flavors (with mama on keyboards!) . The night had all the ingredients of healthy living-- natural beauty, physical activity, creativity, wholesome AND interesting food, celebration of connection and life milestones, and involved, invested companions. I was rejuvenated by it.

We all need more of this in our lives. We get caught up in work, bills, disasters-- our created and life's unavoidable sufferings. Community makes it all more bearable, and reminds us of our generative potential.

Thanks, Evelyn and Mark, for reminding me what's important, and for throwing a heck of a party. And congratulations and best wishes for your future to Miro!

And if any of you need a band to play in your barn, email me for details---

150 ways to build community can be found at bettertogether.org

Today's quote: "What should young people do with their lives today? Many things, obviously. But the most daring thing is to create stable communities in which the terrible disease of loneliness can be cured." Author Kurt Vonnegut

Video of the day: