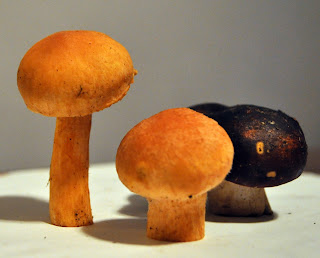 "It's important for us to pause for a moment and make sure that we are talking with each other in a way that heals, not a way that wounds,"  --President Obama at today's memorial for the victims of the Tucson political shooting.

I said these were going to be small and simple resolutions, but there you go--these last ones really aren't.Still, they are great practices that can increase your peace of mind, and I hope you will give them a shot.

Today's resolution is about accepting others JUST AS THEY ARE, whether you like them, agree with their thinking or behavior, or are comfortable with their limitations.  It's putting into action the idea that all human beings have inherent worth and dignity, and that ultimately we are much more alike than different-- we all suffer, have hopes and fears and gifts and shortcomings.

For this practice, I suggest picking someone who occupies more or less neutral space in your landscape.  Ideally we can practice with everyone, including family and partners-- but there's usually less baggage starting with someone with whom you have little history.

To start, notice negative judgment.  "She's lazy."  "He's short."  "She's bossy."  "He's illiterate."  Now separate facts from beliefs.  To do that, you need to articulate both.  "She didn't work out today" is a fact, while "she is lazy" is a belief.  Now look for the judgments behind the belief.  Let's go with the last one.  "He misspelled several words in his email" is a fact.  "He's illiterate" is a judgment, unless you've tested him.  "Everyone who posts on the internet should always use proper spelling, and people who can't spell are idiots" is a belief/judgment as well.  For this practice, choose to suspend support of your judgment, or at least question them.  Is it possible someone who spells poorly could still have very important things to say?  Could still be wise in other areas besides spelling?  Is it even really your business whether someone else is a good speller?

When we spend less energy judging others, we have more time to really see them.  Today, extend the grace of acceptance in imperfection to others.Acknowledge that you have no control over another's behavior, feelings, or thoughts.  This doesn't mean you don't have an impact (and thus responsibility), but that is another post.

Today's reading:  believe it or not, this prayer was printed in Reader's Digest.  It's Buddhist in origin but universal in intent (There is one law, and that Law is Love).  It's meant to be done as follows:  first imagine someone for which you have neutral feelings, say a checker at your local grocery.  Say the prayer for them.  Then think of someone of whom you are very fond, and say it for them.  Now think of someone with whom you have difficulty and repeat.  Then repeat for yourself, then for all people.  I have found this a very helpful way to find peace and compassion with someone with whom I am having a troubled relationship, because if they are free from fear and suffering, they are less likely to be treating me poorly.
May (see above)  be peaceful.
May (see above) beings be happy.
May (see above) be safe.
May (see above) awaken to the light of their true nature.
May (see above) be free.