Diving into the Blue(s) 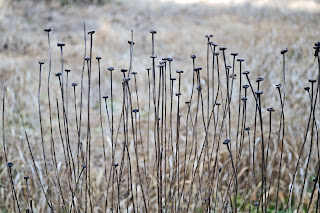 Depression.  The Black Dog.  The Emotional Flu.  The Blues.
Along with anxiety, mood issues are a major source of discomfort for folks with the Troublesome Trifecta: Big Feelings, Big Radar and Big Processers.
Depression is nothing new and, at least in its more common appearance, nothing rare.  Most people will go through periods of sadness in their lives when energy and concentration lags, thinking is cloudy, and the future looks dim.  It's normal following the loss of a loved one, illness, catastrophe or other sorts of regular life hardship. Time and emotional support will usually be enough to address these dips into dark places.  Jungians say aspects of depression can be a strange sort of gift:  the slowing down, withdrawing and going into one's thoughts can offer opportunity for rest and reflection.  Depression can be Psyche's way of expressing dissatisfaction with Ego's choices and a chance to think about what soul truly needs.

What's known in the biz as "clinical depression" is another matter.  This sort of emotional upheaval is so intrusive and persistent that the sufferer's life is affected in multiple ways. Work, relationships and physical health are disrupted.  Levels can vary from mildly incapacitating to life-threatening, and the sadness may be recurrent, with periods of remission and relapse. There appears to be a strong genetic component.  In families with histories of mood disorder there may be generations of substance abuse: perhaps markers of attempts at self-medication.

Symptoms of clinical depression as listed in the DSM-IV include sadness (you knew that one, right?), loss of interest in previously pleasurable activities, sleep disturbance (too much/little),  fatigue both physical and mental, clouded thinking and inability to make a decision, weight changes (loss of appetite is usually more significant than gain), thoughts about death and suicide, and the triple-threat-thoughts of helplessness, hopelessness and guilt.  Again, most everyone has some of these, some of the time, for a bit.  But for persons with clinical depression the symptoms persist, aren't necessarily related to anything happening in the outside world, and interrupt functioning on one or more levels.

The thinking can be the worst part.  Depressive thinking feels Very Big, Very True, and it's a liar.  It says:  You're worthless.  You've always felt this bad.  You'll always feel this bad.  You're a burden.  The worst outcome of the lies of depression is suicide.  Depression can be a fatal disease.

In Japan, the colloquialism for depression is "kokuro no kaze", which translates roughly to "when the soul has a cold."  Prior to a major marketing campaign by big pharma, depression wasn't much discussed in Japan, but the idea that one's soul could feel weak, leaky and lousy resonated with a lot of people.  Likening it to physical ailment rather than a character defect lessened the societal stigma, and inquiries to the medical profession about how one could address depressive symptoms immediately and dramatically increased, as did sales of antidepressant drugs.

In the US, antidepressants are at the top of the list for most prescribed drugs; some studies say nearly 10% of the US adult population currently take them.  Ads for antidepressant therapies are ubiquitious.  You can't flip through five pages of most pop magazines without seeing dramatic before and after pictures of hapless, then happy souls.  The symptoms described in some ads are general enough that most anyone could relate on a bad Monday.  Such campaigns have inspired numerous parodies.  Click here to see one from the satire newsmag The Onion. Reprinted as fact in a few web sources, it was apparently so close to actual ads that outraged readers couldn't tell it was in jest.   I want to be clear: antidepressants have made a significant and positive difference for many persons with depression.   There are also concerns about their overuse, effectiveness,side effects and limitations.   Medication is one approach to treatment of depression; we'll talk about that and other interventions in a future blog.

There are many authors who believe the high rate of medical intervention for depression is a result of overpathologizing these unavoidable life events.  I think it's a little more complicated than that.  Changes in American life, from technological and environmental to social, may all play a part in rising reports of depression.  Probable suspects are abundant.  Artificial light and poor wake/sleep cycles (not to mention environmental contaminants) mess with our hormonal systems.   As a nation, we eat a lot but are often poorly nourished.  We are too busy and we are much too stressed.  We don't sweat enough to work out all those fight-or-flight chemicals our brains pump out to deal with those stressors.  And we don't have nearly the social supports we had before we all moved so often, worked so much, and dropped out of networks (churches, clubs, coffee circles) where we could ask for and get support.

Psychiatrist Jim Phelps, a specialist in mood disorders, has been mentioned several times in my blog for good reason.  If you want a lot of great information on depression, its causes and treatments, check out his website or order his book Why Am I Still Depressed?.  He takes very complicated information on the genetics, neurology and treatment of mood disorders and makes it understandable and interesting.  You'll notice he talks a lot about Bipolar disorder.  Don't let that scare you.  Dr. Phelps makes a convincing argument (supported by leading researchers in the field) that most depressions are part of a spectrum of mood issues called "soft" Bipolar or Bipolar II, where periods of low mood are accompanied or interspersed with anxiety, irritability and other symptoms.  His site includes information on medical, therapy and lifestyle treatments with known positive benefits for addressing the symptoms and causes of depression.

The most important thing to know:  depression is real.  It's a full-body illness, with physical, social, cognitive and emotional effects.  It is treatable and recovery happens.  Don't let it run you.  The WHO commissioned the video below.  Share it with others, and pass the word that the Black Dog doesn't have to have the last word.