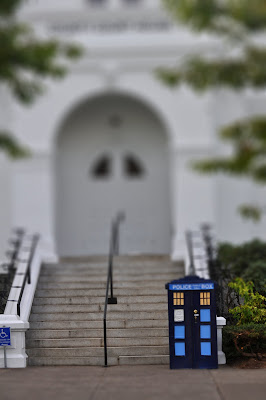 A few weeks ago a reader wrote about providers who "don't really get it."

In response to that post, he sent the following:

I think the reason it's a big deal for some of us is that we are so bombarded with "why can't you just..." "All you have to do is..." and other statements that suggest we should just "be normal," that it is a never-ending reminder that we aren't like "normal" people. And that is a big part of where the depression comes from. We can't "just..." get over it or let it go or whatever "normal" people are able to do. When someone understands that, and accepts us as is, that is the best form of therapy there is. It lets us feel like, even though we may not be "normal," we are legitimate and real and worthy.

Great comment.  Especially this line, which bears repeating:
When someone understands (us) and accepts us as is, that is the best form of therapy there is.


Normal.  Now there's a concept that has caused more than its share of troubles.  Let's remember that any distribution of traits will spread, averages-wise, across a bell-shaped curve.  Even on the dropping off sides of that curve you are still talking within the range of "normal". And even on those edges, differences may not be significant in the long run.   The baby that walks at 9 months (my girls) and those who walk at 16 months (me and my son) are both on the outside of that "normal" middle lump of the curve (10-15 months).  Guess what?  We were all running at age 2.

We cause so much grief with our desire to categorize.  Judgment (as differed from discernment, which is more about wisdom than measurement) makes us feel better or worse than others.  Neither of these positions is good for us, decreasing either our compassion or our self-esteem.

I am so glad to live in a generation where we have at least a few positive and culturally visually role models for gay and lesbian youth, persons with physical differences, stay-at-home dads and executive moms, and so on.  That wasn't true when I was growing up.   The information age can connect persons with the rarests of differences.

But we haven't come far enough.  Many of our culture's worst slurs and curses reflect our negativity towards differences in gender, mental and emotional functioning, and sexual orientation.  Although we are quick to display pink ribbons in support of sufferers of breast cancer, we remain in enormous denial to the choice aspects of mental dis-ease.  We blame the victims.  We stigmatize anxiety and depression as personal weaknesses, increasing isolation and shame for those suffering.

It's impossible to truly know another's experience.  I remember not getting why an obviously bright student of mine was such a crappy speller and made so many mistakes in his grammar.   I didn't get that dyslexia had little to do with other areas of intelligence and thought he was just being stubborn or lazy.  I was a great speller back then (don't call me out-- spell checker and years out of school have had their way with me) and figured everyone else could be the same.  We often think the world works the same for others as it does for us.  Think about color-blindness.  No matter how sure you are that there are clear differences in blue and green, someone else's eyes may see no difference there at all.  Which of you is "right"?  Whose experience is not reality?

In a previous post I talked about an author who described our experiences thus:  "It's as if we are all looking at the world through long, thin aluminum tubes, and thinking everyone else, with their own tubes, is seeing the same view".  We are born into these tubes.  If the only language we've heard is English, of course Chinese is going to sound strange and harsh to our ears the first time we hear it.  What we need to figure out is that our language sounds just as foreign to those not speaking it.


We need to expand our vision.  The next few posts will talk more about being different in a culture that loves the norm.

Here's a song to set the mood:

Jana
great sermon this Sunday on NeuroDiversity - Gretchen and Joel talking about what they see through their respective long narrow aluminum tubes - I think 'the Curious Incident of the Dog in the Night-Time' used a rolled up newspaper to make a small world view he could decipher.
Anyways, love the analogy and helpful to me to realize my world view is quite different from most my work colleagues. hum... I could have given them (me) some slack when they didn't understand me!
And I could learn to talk out loud about what I see/fear to get help from my friends views through their tubes.
thank you my friend
Roberta