The Moviegoer's Guide to Being Different 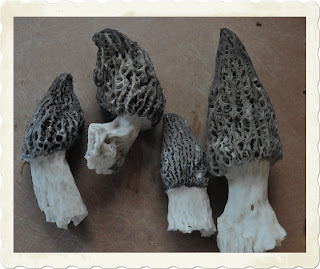 Recently I mentioned the movie "MicMac" in a post about being different and accepted.  That film featured characters with TBI (traumatic brain injury) and PTSD (post-traumatic stress disorder) as well as a few more esoteric and generic variations of the human condition, such as being super short, strong, flexible, mathematical, or mechanical.

That got me thinking of a few other movies about weirdness.   No deep detail here:  google/bing titles for more.  But I've seen 'em and loved 'em, and maybe you will too. Mostly these are quirky comedies.  There's enough suffering in the real world.  And since everyone is different, each person's experience with a particular difference will also be (did you follow that?)  Still, these movies can be great teaching tools for increasing understanding and acceptance of mental illness and other sorts of personal diversity.

Harold and Maude (1971):  A morbidly depressed young man falls in love with a REALLY older woman.  A wonderful treatise on life, love and living in the moment with a great soundtrack by Cat Stevens.  This film has been a cult classic for decades.

What About Bob? (1991):  An uptight psychiatrist is driven crazy, then healed by an intrusive, needy patient.  With Richard Dreyfuss and Bill Murray.

Bennie and Joon (1993):  Johnny Depp plays a man with social limitations who falls in love with a young woman with a schizoaffective (mood/psychotic) illness.

Amelie'  (French, subtitled; 2001):  Audrey Tautou is luminous as a creative oddball full of innocence; she takes joy in the smallest of life's wonders.

Lars and The Real Girl (2007): Touching Canadian film about a very socially awkward man who falls in love with a life-size rubber doll.  Sounds lurid, but in fact is a tender tale about acceptance and the power of community.

It's Kind of a Funny Story (2010):  Various mental health issues are illustrated, including bipolar disorder, depression, and cutting.  A teen checks himself into a mental hospital for treatment of his depression.  Tiny revelations ensue.

OK, there's the tip of that iceberg.  Feel free to send me your favorites.
Jana
Posted by Jana Svoboda, LCSW at 10:18 PM

Priscilla, Queen of the Desert....

One flew over the cuckoo's nest

wait a minute.... what was the question?

I'll add another: Fatal Attraction, showing the extremes of Borderline Personality Disorder as characterized by Glenn Close. More on BPD in a future post.