Standing Alone in a Crowd: More on Different 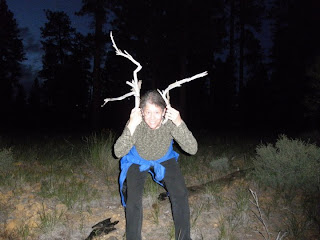 (Headnote:  Watch the video at the end.  Trust me.)

As much as we are connected and similar, there are a million ways to be different.  In fact, no two humans are genetically the same.  Even "identical" twins will show subtle variations in their genes due to minor spontaneous mutations occurring during gestation.  That's in our specie's overall interest -- some of those variations will work better in a particular current environment.  Authors Barbara  Kingsolver (Animal, Vegetable, Miracle) and Michael Pollen ("The Botany of Desire") illustrate how well this works in the plant kingdom.  Corn and apples produce enough seeds within one generation that some will make their way regardless if the upcoming growing season is colder, warmer, wetter, drier, shorter or longer.

With weirdness (*I use this term very affectionately), the different may be genetic sports, a nicer word for "mutants".  They are the quiet one in a family of extroverts, the athlete in a family of couch potatoes, the artist in the family of engineers.  Or the weirdness may be contained in a gene that is passed in degrees of strength throughout some members of the family, as case of red hair.  Don't think that's weird?  It's the rarest hair color-- found in only 1-2% of the world's population.   And much of what we use to think of as personality variations are actually pretty well cemented in genetics, including tendencies toward depression, anxiety and resiliency.

Knowing and understanding that most people don't exactly freely choose to be/think/behave as they do can go a long way toward relaxing our attitudes towards them.  You can stretch this one as far as you like, depending on your belief system.  We don't get a choice about being tall or short, born here or in a third world country, to rich or poor or a single or unhappy parent.  The most useful advice might be to remember you don't get to choose the hand you're dealt, but you can choose how to play it.

Or like the guy in this video-- maybe someday you'll meet someone who not only gets you, but helps you figure out how to turn that difference into a strength.

Great post, good video, and that photo is just too precious...