Why are you letting the baby drive the car? 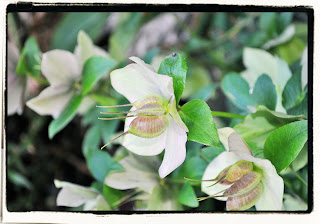 Not long ago, I was having a difficulty in my life.  I didn't ask for it, didn't want it, and didn't like dealing with it. So I gave in to some baser impulses, and indulged my Id in being a jerk about it.  I was well aware I wasn't taking the higher road, but I justified it that None of This Was My Fault, So I Had a Right.  I was being the one more asshole in the room.
After a few days of this, I had a dream.  I was driving a new car, and in the car was a baby.  I decided it would be great fun to let the baby take a turn at the steering wheel.  I was amazed its little baby legs could reach the petals.  Not only that, but baby was doing a fair job of piloting the car.  It wasn't a great job, but it was fun, and whizbang interesting to watch this little being move things dangerously along.  Pretty soon SuperEgo started to speak up in my head.  "This is insane.  Babies can't drive.  Someone is going to get hurt, and it will be your fault!  What are you thinking?"
Just as I was thinking, "Why on earth am I letting the baby drive the car?," I woke up.
And kept thinking.  Thinking that even though I was feeling all high and mighty and in the right, the path I was taking was juvenile, indulgent, and leading me only into more danger.  That I needed to do the grown-up thing, whether it was what I wanted/felt like doing.
A wise Midwestern therapist once told a client to imagine she was wearing a bracelet engraved WWGD.  What would a grown up do?  What terrific advice, which I've re-appropriated on many occasions.  We all possess the imagination, enthusiasm and boundless desires of the child, as well as the judgmental, condemning voice of the superego.  The middle path is that of the adult, possessing both wisdom and compassion.  The adult is able to act with restraint to its base desires.  Unlike the black and white world of id and superego, the adult sees life in shades of grey.  As sister social worker Janice Melland commented in the last post, this higher self can initiate "more thoughtful. nuanced response to incredibly complicated human problems."
Today I talked about the shadow self with a client-- the parts of Self that are pushed down, rejected as unacceptable by Persona.  We were discussing how Americans lack a word for the middle path between Selfish and Selfish-- a Door Number Two between being a narcissist and a martyr.  I am all about that middle path.  I don't want the baby driving the car, but I don't want the sourpuss Senex (archetypal stern, critical and withholding judge) driving either.  The baby is the gut-- all instinct and emotion.  The negative Senex is Spock-- logic without feeling.  Submitting to either involve indulgences or defenses.
When I am in wise mind, I ask myself:  What would a grownup do?  If I can get there, I can listen to both my gut and my head-- at the place they interlap and inform.  And choose Right Action, a place I can stand with integrity.  It ain't easy, but it feels and works much better than letting Baby drive that car.

I need a WWGD wristband! Brilliant.