Opening Your Heart Will Crack it a Little


Nothing says Friday night middle-aged fun like watching an animated video in the basement.

For some reason no one in the house will own, Toy Story III arrived via our mail-vid account a few weeks ago.  Tonight my sweetie announced he was sending it back since apparently nobody was going to watch it.  I'm a child of waste-not parents and decided we better pop it in the machine.

We exchanged several sideways glances the first twenty minutes, trying to figure out if anyone was enjoying it.  It was typical Pixar goodness-- funny, with snappy writing, brilliant animation and the reasonable semblance of that Quest Tale/Hero's Journey plot essential to all good stories.  But something was obviously missing, and I finally narrowed it down:  utterances of the F-word, or a person under 12.

We bravely persevered, and it was a good antidote to a long work week.  I love my job, but it's neither mindless or light-hearted, so that's exactly what I want for entertainment.  No Oprah Book Club tearjerkers for me, thank you.  Give me Buzz Lightyear dancing the tango and Ken doll as the Original Metrosexual.

But even kiddo comedies tug my heartstrings. (Caution:  Spoiler Alert!)  I was in full on tears along with Andy's cartoon mom when she entered her son's room and saw it packed away for college, his boyhood toys in a box.  It was just a few months ago I played that scene.  Life's changes are bittersweet, with each advance a goodbye of some kind.

There are some things we say goodbye to unnecessarily.  I hope to never lose a sense of play, wonder at the natural world, and a love of learning.  Yet even as I type those last words I think of how reluctant I have become about adapting to new technology.  I don't even try to figure out how to turn on the television--why the hell one should need four remotes to watch a show is beyond me.  I feel young enough, but as I watched the animated tango scene I realized I will not be learning how to do that dance, because my sexy can no longer trump my clumsy.  I don't mind making a fool of myself most of the time, but I have my limits.

On the other hand, age has brought its benefits.  I grew up hearing people get more close minded as they age, but that hasn't been my experience at all.  The more I know, the less I know I know, and the less black and white the world becomes.  Judgement is replaced by compassion and certainty by a softening of the heart.  As a young idealist, I had lots of (self)righteous anger.  Although I talked about love and connection,  the world was full of "thems".  I can still get my Crank on, but I see how complicated things are, and how easy it is to become hoarding of the little piece of pie you think is available, or to make lousy choices based on resources that are or you perceive to be limited.

And I get how life's sweetnesses are all mixed in with its sadnesses.  How you don't get one without the other.  You can have the kid you lovingly raise to be independent, and s/he will leave you.  Or maybe you have a child that can never leave you, and that brings a whole nother truck of sadnesses and joys. If you love someone enough to let them in all the way, they're in deep enough to cut you.  Most won't, at least not on purpose.  But it will ache some when things change, even when it's what's supposed to happen.
-------------
Postscript:

This blog was lost in the shuffle after I wrote it last month.   Tonight it has a new meaning for me.  One of the first friends I met in Corvallis is moving with her family several hundred miles away, to be closer to her widowed dad.  Wendy's welcome helped our family know we'd found a home here.  She's been a source of creative support, gentle spiritual teaching and inspiring mothering. Take a look at her art at divinebitsofbeauty.com. I'm one of many who will miss her luminous smile and beautiful spirit, even as we wish her happiness on this new adventure.   Godspeed, Wendy, Peter, Ella and Buddy!

"You will lose someone you can’t live without,and your heart will be badly broken, and the bad news is that you never completely get over the loss of your beloved. But this is also the good news. They live forever in your broken heart that doesn’t seal back up. And you come through. It’s like having a broken leg that never heals perfectly—that still hurts when the weather gets cold, but you learn to dance with the limp."   -- Anne Lamott 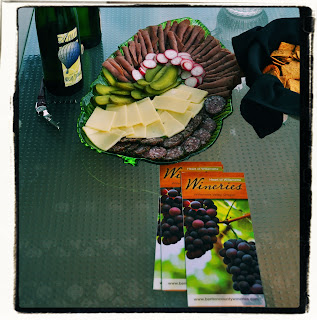 "The foolish man seeks happiness in the distance; the wise grows it under his feet."  -James Oppenheim
There's been a little more June and a lot more tiny adventures this week in the heart of the Valley.  Certainly there were plenty of opportunities to continue avoiding the laundry and weeding. Sunday afternoon seemed ideal for a drive out to a secret garden.  Dr. "Babe To You" and The Brit-- (aka my sister and bro-in-law)  immigrated from the Frozen Central Plains last fall and are enthusiastic explorers, so off we went.
If you've not been to Dancing Oaks nursery, it's a treat and well worth the long country drive.  You're likely to be greeted by a fat cat or a three legged dog on the winding paths through lush shrubberies and flowers.  Giant cardoons spill out of statuary on water gardens, exotic vines trail over split beam trellises.  The staff is knowledgeable and friendly and the porch inviting for a rest.
But Sunday we never got there.  As we headed down Suver Road, the skies started clabbering up and a sprinkling of rain hit the windshield.  We saw the sign for Airlie Winery and took a quick turn down 2 miles of nowhere.  Moments later we were being nosed out of our open car doors by the resident Irish Setters.  Owner Mary followed and set us in for a flight of some incredibly tasty local libations.
Mary is an inspiration.  After 20 plus years working at the telephone company, she went for her dream of owning a vineyard.  "If I'd had a clue about what I was doing, I would have been to scared to do it."  She's an ideal hostess;  down to earth, funny, smart as hell and laid back.  She plied us with tastings and wine trivia as we sheltered from the rain.  The covered table on the patio looked out over the pond and grounds and the dogs ran guard duty chasing rabbits while we talked.  Mary told us about the 2008 dry Gewurztraminer.  "Gewurz is German for Spicy, and the rest refers to the region where it originated.  But Julia Child said it meant 'Spicy tears,' and I like that explanation better."  I don't usually care for Gewruzts myself; they can be cloying.  But the spice was evident in this one, as were the hints of fig and apricot referred to in the tasting notes.
Midway through the reds, a car drove up and out came locals with a platter full of treats, telling Mary, "We worried you'd be hungry out here."  We were strangers until then but they joined our table and shared stories and their food.  Matriarch Betty was recently widowed and had moved from her isolated home to a place on her daughter's land. She'd moved to Oregon years ago from what was then small town Santa Cruz. Ken told a great tale about burying cookies around fellow scouts' sleeping bags when he was a child in the hills of the John Muir.  His dad had told the boys about the feral hogs in the area, and they didn't believe him.  They did when they woke up to snouts rooting around them.   Daughter-in-law Jan works in county mental health and we acknowledged the challenges of the current system and lack of funding.  We chatted and snacked and tasted the day away.  It was a great afternoon, and though the rain never let up we were completely content.  The Brit, who'd worried he'd feel obliged to buy a bottle if we stopped, happily walked out with a case-plus assortment of everything we'd tasted.  It wasn't the afternoon we'd planned, but it was the one we needed.
Keep your eyes open.  You never know where you'll stumble across a great time.
Posted by Jana Svoboda, LCSW at 12:06 AM 1 comment: 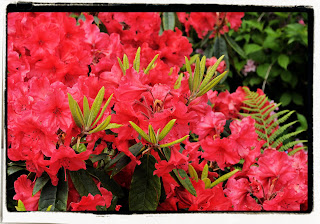 I think I'll start a new blog about all the wonderfulness that occurs in this burg. In the past several days,  I have enjoyed a great documentary that closed at the Darkside due to lack of attendance, a sold out concert with a recent Austin City Limits headliner  (accompanied by a true hometown boy, talented Alex Hargreaves), a box of tasty fresh-picked produce from a local farmer, an art auction/benefit by Engineers Without Borders, an amazingly complex salad eaten al Fresco at a long-time vegetarian restaurant, breakfast at a cafe' I'd seen for years and never tried with a great colleague I've known of for as many and sat with only once before.   There was more, but that's all I can recall this late on a Friday night.

True, I left a lot of laundry undone and weeds untended.  But i think it was worth it.  And trust me, they'll be here tomorrow.  Not true for the documentary, which I watched as 50% of the audience on closing night.

Coming up,  I can check out the annual rose show, go hear scientists talk about vegetable breeding while sipping a locally made brew,  see more live music, watch a dance recital,  tour a family farm, sit in my lawn chair in Central Park and see the community band, dance salsa, or see a local author read.  Heck, I can do the latter three times:  novelists Keith Scribner and Katy Kacvinsky are both on board, though Keith's all the way in Portland; and Marjorie Sandor 's giving a workshop on memoir writing Sunday at Grass Roots Bookstore.  And that only gets us through Tuesday.

We have a wealth of local treasure to explore, gifting all of our senses and attracting all manners of sensibilities.  For a town of our size there is a heck of a lot going on.

The last few posts have talked about paths to increased happiness.  Some key common factors are community,variety of experience, learning and play.  If you are tired of too much Have To and not enough Want To in your life; if you are hungry for community and stimulation-- go try something new, right here in the heart of the valley.

See you out there,
Jana
Here's a vid of a previous performance by Sarah Jarosz, Nathaniel Smith  and Alex Hargreaves, who sold out one of the biggest lvie venues in Corvallis tonight.  If you like what you see, check out their recorded concert on NPR. 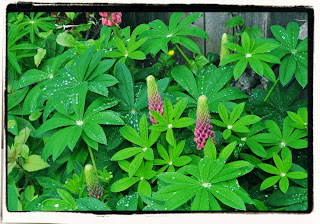 Click the link for an info-dense page of articles, quizzes, more links on that inevitable right we Americans are always nattering on about.

How do you score on the happiness measurements?  What can you glean from the research on ways to improve it?  You'll see the old familiars-- smile, connect, move your body--

Whatcha gonna do to make it good for you?
Jana
Posted by Jana Svoboda, LCSW at 11:22 PM 1 comment: