SelfCare for the Caregiver: Compassion Fatigue 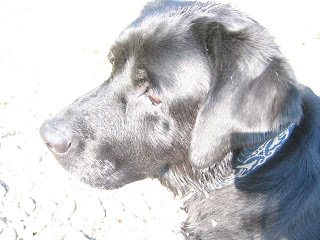 Last week, I was in Kansas City talking with the staff of a large animal shelter about compassion fatigue.  Wayside Waifs was started in the 40s by a woman who purchased land in the hopes it could be resold as a farm after the city's animal welfare problem was solved.  Then, the shelter operated in a 3000 sq foot building.  65 years later, it's bursting at the seams at 30,000 square feet, and adopting out 5000 pets a year.  Despite aggressive campaigns on spaying and neutering and other aspects of responsible pet ownership, the problems of animal abuse, neglect and abandonment are not likely to be solved anytime soon.

Animal shelter workers and other workers in fields where needs outweigh resources, and where empathy is a crucial part of the call to service are at high risk for compassion fatigue.  Like burnout, CF can suck the joy out of doing important work.  But while one can burn out at any job, compassion fatigue is associated with jobs in which the worker is exposed to suffering and trauma.  Also known as secondary traumatic stress or vicarious trauma, one doesn't have to be the victim of life's precariousness to feel the effects of witnessing it.  Hearing about or seeing seeing suffering of vulnerable beings (yes, animals too) triggers sympathetic reactions in our own nervous systems. 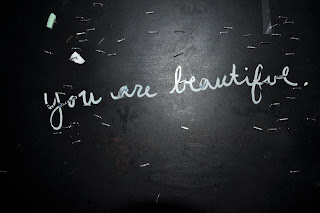 Not surprisingly, the persons most drawn to caretaking jobs tend to be highly sensitive.  I'd guess they are way over-represented in the Troublesome Trifecta category-- those folks who have Big Radar (take lots in); Big Sensitivity (feel it deeply) and Big Brains (analyze/ruminate a lot).  Such traits are common among people who rate high in anxiety, and as noted in the TT article, it's estimated that anxious predisposition occurs genetically in about 15-18% of us.  The biological advantage is that these hyperalert and vigilant types will notice environmental dangers and thus avoid them, staying alive long enough to reproduce and keep that gene in the pool.  The downside, of course, is all that feeling and thinking can be exhausting.  Faced with a particular trauma, the brain has three routes of defense:  flight, fight or freeze.  When there's no one to beat up and nowhere to go, freeze eventually becomes the default.  And that can translate into Compassion Fatigue.

Freeze is misleading-- it can be paralysis, but often is just of an emotional zone-out, a sort of flight of feeling.  It's basically dissociation:  you are of the world, but not in it.  Like all defenses, this can be handy and helpful.  And like all defenses, it can become habitual and limiting. 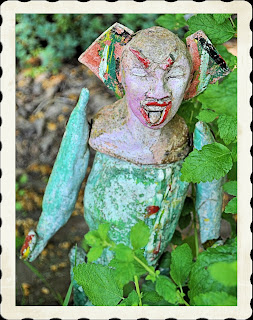 It's well known in therapy world that "exposure" is the treatment of choice when dealing with phobias.  If for some reason your brain fires up wildly every time, say, you are on a bridge, a cognitive behavioral therapist will gradually expose you to bridges (first imagined, then represented, then real) until your brain figures out there is no real threat there. And in fact, there really wasn't a threat in the first place, or if there was, it was isolated and unusual.  You can also desensitize to more visceral and universal threats, such as the sight of blood, vomit, broken bones-- ask any ER worker.

But for the ER worker, the first responder, the child abuse worker, and others, there can be a cost to the exposure.  The brain has to protect itself.  It can compartmentalize and figure out all the ways the situation doesn't apply to it/you.  It can try to solve the problem by working harder at caregiving.  It can check out.  All of these are effective in the short run, even without our conscious minds engaging-- in other words, we don't realize that's what we are doing.  But without some conscious intervention, we eventually get tapped out.  Brain says-- enough.  I can't take caring about all this anymore. And then we either stop caring, or we stop working.  Sometimes we stop working before we quit our jobs.  That's burnout.  Sometimes our bodies stop for us-- giving us the break we will not take for ourselves.  None of these is a good outcome-- not for us, not for the beings we set out to serve.

In compassion fatigue, there is burnout, but there is also emotional numbing, or intense emotional triggering and dysregulation.  Watching suffering activates empathy.  Persons who are more empathetic are more highly activated and affected.  It's not just in your mind-- it's in your body.   The brain has mirror neurons that activate as if one is engaged in an activity even when only observing it.  For an obvious example, watch what happens when a man sees another man kicked in the testicles.  That wince-- and sometimes grab-- is instantaneous.  And if you happened to have the observer in an brain scanner, you could watch portions of his brain light up with activity.  Interestingly, and logically, persons with higher levels of empathy seem to have more of these mirror neurons-- their "lighting up" in response to observing pain in others is more intense.  They are literally feeling your pain.  Here's one paper on this phenomenon (there are many): StuartDerbyshire/Pain_sensation_evoked_by_observing_injury_in_others 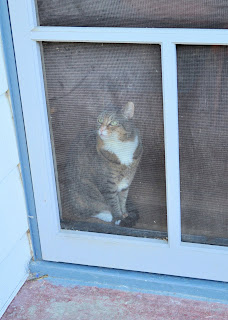 Symptoms of compassion fatigue are myriad. Reluctance to engage, irritability, compulsive use of drugs/alcohol/shopping and other numbing and distracting agents are a few.  For a more complete list, see compassionfatigue.org.

Risk factors are myriad as well.  As you can see, the very people drawn to being caregivers are the sorts that do not screen out others' pain well-- the very reason they are led to try to reduce it.  Many have come to their empathy through personal trials and suffering, which has enriched their capacity for compassion and understanding.  Unresolved personal suffering, however, increases the risk of burnout and CF.  And watching others' suffering can change world-views.  As a crime detective once told me, "I see a small, very bad portion of the world way too often and way too close.  And it's hard to remember that's not the way the whole world is."


The long and atypical (rarely 9-5) hours of most service jobs, the incredible feeling of personal responsibility (“I should have done more!)  often coupled with little agency or authority, and the inevitability of poor outcomes in caregiving jobs are part of the unavoidable risk factors that can lead to Compassion Fatigue without support and intervention.  There is also the physical toll of brain’s instant chemical response to hearing/seeing threat without having the avenues of true flight or fight to make use of them.  Such chronic exposure to stress chemicals can lead to real illness.

In the next blog, I’ll talk about ways to mediate these very real risks.  We want caregivers that care—that’s a win-win.
Posted by Jana Svoboda, LCSW at 9:36 PM

What a beautiful post. I was wondering whether you would be willing to have it be a guest post on my website? www.compassionfatigue.ca
Warm regards, Françoise Mathieu

That would be fine, Francoise. The blog immediately following has lots of tips and tools for dealing with CF. Thanks!
Jana