Another September 11th is over.  Despite reports of "increased internet chatter", there were no 10th anniversary attacks, only sighs of relief and disbelief that it's been so long since "everything's different now." 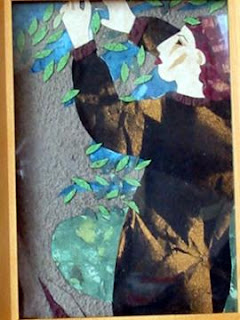 We do what we can to hold onto our structures-- our belief that life will continue on a fairly reasonable, mostly predictable path.  We have to.  Otherwise, how could we ever kiss our children or sweethearts goodbye in the morning as they headed for school or work?   We'd be doing no one good to cling each time, wailing, forcing them to peel us off their legs, on the off chance it's our last meeting on this earth.  After all, the odds are high we'll be seeing them again in a few hours, nagging at them about some annoying behavior, or just carrying on with a mundane evening.  And life will go on, pretty much as it has.
For the 2800+ people killed ten years ago by a few misguided idealists/sociopaths/terrorists, life didn't go on at all.  Had they some prescience to know it was to be their last day on earth, they might have played their cards a little differently.  Taken the kids to breakfast.  Skipped the morning report.  Hell, maybe not gone to work at all. But that sort of insight usually only comes as hindsight.  And it makes no sense to act on it in foresight:   nothing would get done if we "what if" d ourselves into terrorized paralysis each day.
It boils down again, doesn't it, to that middle path--living each day as if we will live forever or possibly die.  We muddle through it the best we can.   We forgive ourselves our trespasses and try like hell to love our enemies, or at least to understand them so we don't go mad.  We try to simultaneously remember and forget our own mortality, so we can cherish/bear being alive. 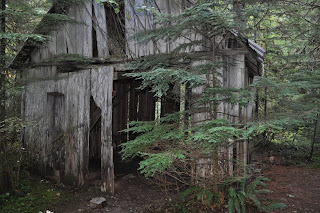 I just finished John Ronson's ThePsychopath Test.  He's the author of Men Who Stare at Goats, later made into a love-it-or-hate-it movie.  In his latest book, he investigates the idea that the socially conscious-less (estimated to make up about 1% of the population but causing much of  the trouble for the rest of us) are neurally atypical.  Something's funky in their brain.  They're the polar opposite to the Troubled Trifecta folks, at least when it comes to degrees of empathy and sensitivity.  According to researcher Bob Hare, author of the checklist the title references, psychopaths just don't feel what the rest of us feel or worry about the consequences.  Human suffering-- hell, most emotions-- don't compute.  Others who are undone by emotions seem weak or crazy to the sociopath.  Ronson says a sociopath might view a gruesome murder photo as you or I would ponder a particularly difficult Sudoku-- intriguing, a puzzle to be solved, but there's no humanizing impact.  It was reassuring to hear him mention that readers who worry a lot they may meet the criteria for psychopaths are pretty much automatically safe from inclusion in the category.
The mirror neuron research mentioned in the last post is probably involved.  Sociopaths truly aren't feeling what the average person feels; if feelings matter at all, it's only on an academic level. And lacking that emotional connection to others, it really is all about them, and what they want in the moment.  That's why they can rip off their grandmother without blinking, or repeat a behavior that caused them great personal inconvenience in the past.  They may express regret in the moment of being caught in a misdeed,  but they aren’t good social learners, having no emotional anchor for the memory.  The lesson’s lost on them.  Strong memories are stored via physical protein links, created via emotional reactions linked to physical experience. That's probably not happening with these folks.  Structural differences in the hippocampus, seat of memory and learning, have been observed in brains of sociopaths-- lesions, atrophy, other grim defects. 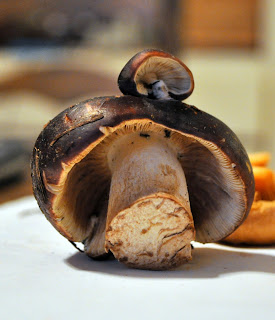 Like other genetic differences, psychopathy has some evolutionary advantages.  Sociopaths tend to be superficially charming, articulate and persuasive.  Small wonder they are over-represented in populations of politicians and executives. Power and the resources it brings are aphrodisiacs for many, and ensure the spread of those genes.
Ronson's book doesn't seem to glamorize sociopaths, but his premises do suggest their behavior is less consciously willful than one might like to believe. What if it is true that some people are born lacking in the capacity for empathy and social learning,  and it is no more their choice than if they had been born blind, or without a limb?  These "first degree" sociopaths are no less harmful than who become remorseless through experience and trauma-- such as kids who have had the love beat out of them.  Containment (jail) may be a necessity.  Punishment, however, is unlikely to do much more than satisfy our own need for revenge.
Sept. 11th and sociopaths seems a pretty reasonable association, but what's my point?  Maybe it's about learning to love, or at least have compassionate curiosity about our enemies.  I am curious about how anyone can do so much intentional evil.  I want to understand it.  I also know that my desire to do so is part of that human desire for more predictability and less anxiety.  And that my desire is unlikely to strongly impact my outcome, but it's the best I've got.
Check out Ronson's book if you have a chance. It's an easy read, a good combination of meat and sweet. He's a humorous writer, charming self-deprecating in a less-neurotic-version-of -Woody-Allen sort of way.
I don't know that there are many conclusions in to be found there.   In fact, it seemed to end in a "I've got a deadline to meet" sort of way.  But it's thought-provoking and entertaining, could spark some great conversations.  I hope you'll give it a look. Then tell me some of your thoughts about it.