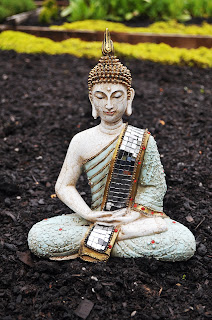 Our first poem challenge is a haiku.
Simple format:
5 "on" (a Japanese word meaning a phonetic unit-- but in English we usually translate that to syllables)
7 "on"
5 "on"
---
Haikus traditionally invoke nature imagery. From Wikipedia:  The essence of haiku is 'cutting' (kiru).[1] This is often represented by the juxtaposition of two images or ideas[2] and a kireji ('cutting word') between them, a kind of verbal punctuation mark which signals the moment of separation and colors the manner in which the juxtaposed elements are related."


Below is my favorite haiku, by Mizuta Masahide  (late 1600s).  In the English translation, it doesn't follow the sound form.  But the haiku essence of opposition, kiru, and imagery remain.

Barn's burnt down
now
I can see the moon

Try one.  Your haiku needn't be formal, or even serious-- but play with the kiru.
---
Till tomorrow--
Jana
Posted by Jana Svoboda, LCSW at 12:19 AM

You win the speed prize, for true.

Deep motivation
With a bulge to beat the band.
Weight Watchers a must.

Boog, you are SO ahead of the game-- keep your eyes peeled for Jan 7 challenge.

Ukiah's backwards,
but the Haiku on Maui
hikes up the mountain.