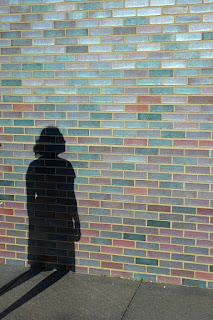 What's the emotional forecast for 2012?  Only the Shadow knows...

While Punxsutawney Phil figures out whether the US will finally have a winter, the rest of us can check into our own shadow to see whether we can find some light in it.

Philosopher and analyst Carl Jung (whose own shadow is featured in A Dangerous Method) introduced pop culture to the age-old theme of Shadow, that denied but powerful undercurrent of Self.  Shadow is the composite of all parts that are disowned by Persona --the Self we present to the world and self), whether from our own or others' disapproval.  Shadow can be Dark, such as murderous thoughts, or Light (our creativity we distrust or that's been tamped down or ridiculed, for instance).  Jung believed that there was nothing we could perceive that was not within us, and Shadow is most easily seen in what irritates us in others.  That irritation is a signal that we wish we ourselves had more, or less, of that same quality-- though in the former case, not necessarily in the quantity we are seeing.  The polite Midwesterner may show intolerance for the boldness of the New Yorker; the homophobic may be battling their own unacceptable same-sex desires.  Both are examples of the unacknowledged Shadow.

"There is strong shadow where there is much light."  --Johann Wolfgang Von Goethe

The unmanageable/unimaginable Shadow limits, but the integrated Shadow frees.  When we can accept that we are capable of darkness, we have more compassion and understanding for human complexity.  When we throw our own darkness into conscious awareness, it is less likely to be leaked unexpectedly and disruptively through us as individuals or as a society.  We can own it, and only then are we more in charge of it than it will be of us.

Each of us is born whole and undamaged.  Throughout our lives we hear messages, both intentional and not, telling us that some of what we bring into the world is unacceptable.  We reject these aspects and in doing so develop limiting self-aversion.  We may set aside some of our gifts and talents in the process, hiding them so well we no longer notice or believe they exist.  It’s like living in the basement of a large and beautiful home, unaware there are other rooms.
How do we reclaim what resonates within us, realize what’s precious but locked away, and move towards individuation and wholeness?
Using art, writing and visualization we will bring the shadow to the surface and release its healing potential.  We’ll explore concepts and implications of the personal and collective shadow in media and culture, and discover avenues of integrating Shadow in self and community.
Posted by Jana Svoboda, LCSW at 11:18 PM