Marked for Depression? Maybe an Implant Could Help

The Big Black Dog (W. Churchill's nickname for the depression that plagued him) is big in the news this month.
News icon Mike Wallace's death (from old age, instead of suicide) brought tributes to his bravery in outing himself as a sufferer.  In doing so he helped lead the way in destigmatizing a disease that was long seen as a weakness or a lifestyle choice.

CNN published two interesting articles this week about identification and treatment of depression.  Researcher Eva Redei has been working with rats specially bred with "depressive traits" for 25 years to search for biological differences that can be isolated as markers of genetic predisposition to depression.  .  While you can't exactly interview a rat about its emotional state, these specialized breeds show classic signs of the functional markers of depression, such as difficulty with planning, problem solving and decision making, poor persistence and adapability, and a helpless response to stress. Redei reports she has identified 26 unique markers in the blood of the unhappy rats.  In recent experiments with human volunteers, she found 5 of these markers present.  Possible implications include screening tests to identify markers-- and perhaps intervene before the cascade of depression issues become a self-replicating problem. 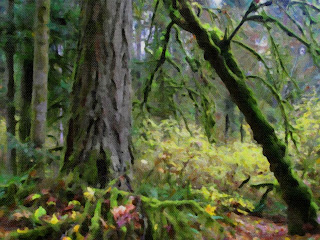 Also in the news was an update, with Real-Life Anecdotes, of the use of deep brain stimulator implants to treat depression.  Used for years with Parkinson's sufferers, these devices act like a pacemaker for the brain, ramping up underactive areas that seem to be responsible for the troublesome symptoms of depressive disorders.  These surgeries must be performed on a conscious patient, so they can report what happens in their mind as different areas of the brain are stimulated.  I first read about this a while back, and if I can locate the article I'll print it here.  What I vividly remember and found compelling for the idea that depression is truly a brain disorder is a patient's reported during DBS surgery that she experienced a sudden and profound melancholia in the absence of any other change except the stimulation of a certain part of her brain.
The world instantly turned dark and hopeless.  She described in detail her mental experience for the few moments it lasted.  Then the surgeon moved or turned off the device, and as suddenly as it had come on, it was completely gone.  She exclaimed in puzzlement on how her emotions could have taken this veer without her, first toward despair and then to a baseline of normalcy.

In the article, the authors also were puzzled, and thought "if it can be turned on, perhaps it can be turned off."  Preliminaries support that.  Patient Edi Guyton found relief from her suicidal depression after forty years of medications, electroshock and talk therapy via electrodes implanted in "area 25" of her brain.  Her surgical team, headed by researcher and neurologist Helen Mayfield, knew they'd hit the sweet spot when she spontaneously smiled, and then chuckled, for the first time in years.  Like many persons with mood disorders, she blamed herself for not being able to snap out of it:  "After all, what did I have to be depressed about?"  She tried to fake her way through life, but was miserable, and when the opportunity arose to volunteer for this experimental procedure, she felt she had nothing at all to lose, even when faced with a consent form that listed "Death" as a possible outcome. 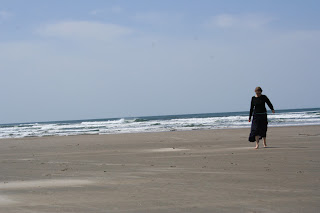 She hasn't looked back.  She still has the normal ups and downs of the average person, but no longer the paralyzing depressions that made death itself look like the best option.  She is profoundly grateful to Dr. Mayfield's research, which Mayfield herself admits is very early on in its understanding.

While now seen as a standard treatment for reducing symptoms of Parkinson's, DBS is only now gaining respect for outcomes in treating intractable and interfering Obsessive Compulsive Behavior, and Mayfield's work is still in the very early stages of experimentation.  I applaud the dedication and bravery of the team and even more of the volunteers who risk God-knows-what in hopes of escaping the hell that is major depressive disorder.  Their willingness to put their lives on the line is evidence of the debilitation they suffer.  To my knowledge there are no local or instate providers exploring this treatment.  But the early results are promising, and I hope we will be hearing more about this work.

Related articles about depression:
The incredible Heaviness of Being
Understanding and Dealing with Depression
Fading the Blue Gene:  Cognitive-Behavioral Approaches to Treating Depression
More Bytes on the Black Dog