The Race To Educated Debt 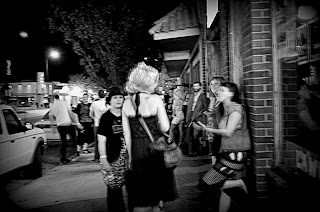 Heard on the radio tonight that US college student's school loan debt has reached one TRILLION dollars.  That's a one followed by 12 zeros.   Mind you, my math's not so good.  I had trouble adding my Scrabble score last night (old school, with a real board and a pencil, not online).  I can't grasp the concept of a trillion, so I looked it up.  Guess what:?  If you had a stack of a thousand dollar bills it would be over 67 miles high.   A senator complaining about national debt said if a person was born at the time Jesus lived s/he'd need to spend a million dollars a day the last two thousand years to spend that much.  He was a little off-- that's only 2/3s of the trillion.  A trillion is a ridiculous number.  One trillion seconds is 31,688 YEARS.

Average tuition rates at college climbed 15% between 2008 and 2010-- and we all know they are higher still every year.  It's no longer possible to put yourself through school working a part time job like I and many of my cohorts did. 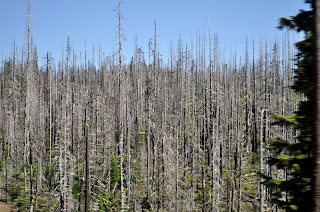 What have our students gotten for all this unfathomable debt?  Classrooms are larger.  Real professors who are really teaching--not directing you to the on-line powerpoint, not handing you off to a grad student with no experience or interest in teaching-- are rarities. Mentoring is even rare, especially in public and (slightly) less costly universities.  And jobs?  Well, in a few select fields, say engineering, graduates can usually find jobs with actual benefits and enough pay to to find housing and raise families. But many well educated graduates would love to just be able to work full-time.  Anywhere.

A good liberal arts education used to be a ticket to opportunity.  With an emphasis on critical thinking, the ability to reason, write and learn, a graduate might end up working in most any field.  Now companies want a Master's degree to do jobs that for years were done perfectly well with a few month's training.  I know a brilliant young woman with a BA in science who can't find a job washing beakers.  She recently applied at a local food chain and was asked to submit a writing sample.  In the time she took to supply it, seven other people came in to turn in applications.  A writing sample?  For a minimum wage, part time, un-benefited position?  Ridiculous.

There's a big push at high schools to raise graduation rates, now hovering around 60% nationally, close to 100% with a goal of 80% of graduates going on to complete a four year degree.  For what?  So we have a whole generation of incredibly educated indentured servants selling our Big Macs? We are headed entirely down the wrong path.  At a presentation on learning disabilities, local psychologist Kim Golletz discussed some interesting realities.  The average college graduate has an IQ of about 115.  Let the whole IQ debate slide for now and just look at the numbers.  On a bell-shaped curve of general population IQ scores, an IQ of 115 is in the upper 25 percentile.  How, exactly, are we going to attain an 80% or higher BA education rate for that 100% of youth graduating high school?  And why exactly do we need it? 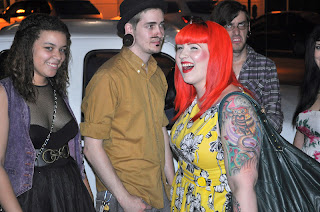 There are all kinds of brains.  Some of the smartest people I know never went to college at all.  A mechanic I met in the early 90s in SE Texas dropped out of school in 6th grade.  He most likely had dyslexia and never learned to read, which made school a big fail for him.  But he could take apart and reassemble an engine in an afternoon.  And he made good money doing it-- enough to raise a family and buy a home.  A pipefitter, a farmer, a landscaper back then could start their training in high school, or by apprenticing with an expert.  In my Midwest youth there was a little shame in being sent on "the vocational track" if you were from the sort of family that expected college.  But it was hard to argue it with your peers who were making great salaries and buying houses at 21 when you were still eating Top Ramen for dinner and hoping to pass a final. 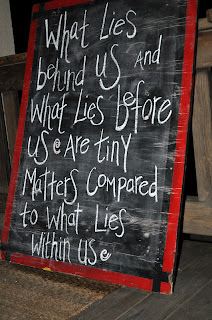 The options seem to be gone for today's high schoolers, who are drilled from middle school to be anxious about choosing the right college.  And for those who can't make it or don't want to, a high school diploma or equivalent is required just to get into the training programs, which take twice as long and require boatloads of minimum competencies in reading and math that may or may not be useful to the skill.

OK, grownups.  We are the ones that need to make a fuss about this.  Write your school board and political representatives, and encourage them to support vocational training for teens in the schools, and to get off "everybody graduate/everybody get a bachelors degree" bandwagon.  We need to stop equating long educations with skill sets for working every job.  We need practical education for all kinds of minds, at costs that are within means.