Moving Through Shadowlands, Take One 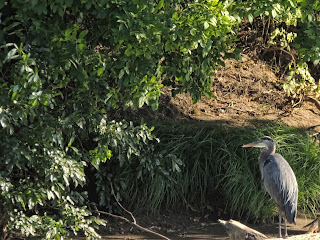 It's been four months since I last wrote here, leading Door Number Two to feel like an overdue library book I'm too embarrassed to return.  But there's been a number of topics brewing, and a few dozen blogs written in my head, so let's dip in again and see how the water feels.

Sunday, if you're in the valley, I'm doing my annual sermon at the Unitarian.  This summer's theme is transition, as the congregation prepares to (quite happily) welcome a new/old minister. Jill McAllister cut her teeth preaching here way back in the early 90's and is coming home after years in Kalamazoo.  She's a yogi, runner, new cello player, great storyteller and harbinger of love.  But change, even good and welcome change, can be scary.  Some wise committee thought to prep the Corvallis UUs by asking all the summer sermonizers to talk about transition.

When I was given the topic, I thought I'd use the birth metaphor as the frame for my talk.  I use it a lot with clients going through big changes.  If you've had a baby you know what transition means.  It's the point in labor that is often referred to as "intense", a mild way of saying it would not be surprising if during it one's head turned completely around ala "The Exorcist".  It's bloody hard.  And part of what's hard about it is that things are neither here nor there, especially for the baby, which is at that point slamming against the cervix.  Baby is not in the comfort of the womb, or in the comfort of the mama's arms.  Baby is in a tight, dark space that is really, really uncomfortable.  And Baby (I'm guessing here) doesn't have a clue of the goodness awaiting. Or the new unknown discomforts.

We've all been in that place of discomfort.  Neither here nor there, like before a wedding, a move, a new job.   We've left the familiar behind, or want to.  And even if the familiar is, pardon the vernacular, shit-- well, it's known, predictable shit.  Sometimes we stay in the before place for that very reason, way too long.  But even when we ready ourselves to make the Big Move to what we hope we want, we get scared.  And sometimes paralyzed. 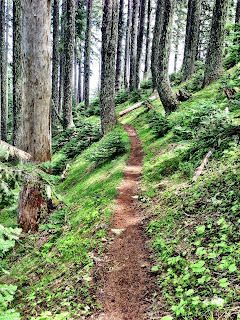 My good friend Lisa is a very wise and experienced midwife.  We've talked (non-specifically, of course) about clients both of us have had who get stuck at that point of transition.  Clinging to what's known and afraid of what's to come, they just--- stop.  I've seen kids in my practice do it at cusps of big developmental changes.  If they are late teens or young adults, we have a term for it:  failure to launch.  The visual I get when I hear that is of a rocket with flames and force beneath but just not quite enough to get going.  I think that term applies across the life span. We get a fire in us, an uncomfortable pressure for change.   It freaks us out.  And we cling to what is known even harder.  But the discomfort builds and builds.

Then we have a choice.  We can numb the discomfort when it gets to an intolerable level.  We go unconscious in some way so we don't feel the burn anymore.  It's there, but it's like a spinal block in a labor.  With no discomfort, many women lose the urge to push.  The birthing process can come to a standstill.  Often, outside intervention (say, pitocin-- a contraction stimulant) is needed to get things moving along.

If the paralysis is more self-directed, that outside intervention can be a long time coming.  If we do a good enough job of numbing, we don't feel our pain directly, so we are slow to respond to the need for something new to emerge.  We get stuck.  And then we get new sorts of pain, some of which seem more manageable or direct-able or at least more predictable than the uncertainty and discomfort that was leading us to change.

The other choice is to give birth.  Give birth to a new way of being in the world, of seeing ourselves, of being in relationship or in some instances being alone.  We don't yet know how this new way will be, and that's frightening.  We are good at telling ourselves scary stories about how things will turn out, and about our lack of ability to cope. 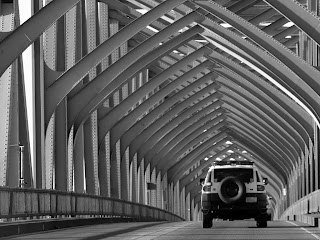 Robert Frost said, "The best way out is always through".  He's right; it's the ONLY way out.  I think I have told this story here before, but it's worth repeating.  Many years ago a quite Christian co-worker was facing enormous personal suffering in her life.  I wanted to comfort her and was stymied by the immenseness of the situation, and awkwardly said some Hallmark card cliche' about God giving opening a new door when an old door closes.  She sighed, and said, "Sure.  But it's hell in the hallways."

Yes, it's hell in the hallways.  So we keep going.  To do that effectively, we don't deny our fear, and we don't cling to it. We ask for support when needed and we are gracious in accepting it.And especially, we need to find compassion for ourselves in the journey.  We need to support ourselves like we would a child or an animal in suffering-- giving comfort, and acknowledging that we cannot fully explain or even expect that everything will turn out in a certain way, but knowing that transition doesn't last forever.

Louis Adamic wrote: "My grandfather always said living is like licking honey from a thorn".
Reminds me of an old TV show I liked, Hill Street Blues.  After briefing the cops on the day's horrorshow, the police sergeant would say, "Let's be careful out there".  And it was clear what he meant was "I love you people.  Life's hard.  You have good work to do. Watch out for each other.  Be safe on the way." 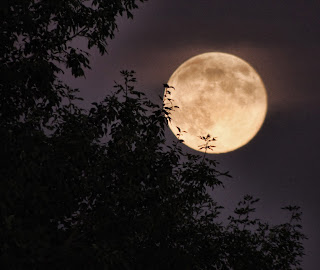 You, too, have good work to do.  And there are people who will help you through the scary parts if you need it, midwives if you will.  But even if you don't have them, or don't access them, there's more than a good chance you're going to do fine once you stop resisting and let the process move in the way nature and psyche intends.  You have thousands of years of wisdom deep in your DNA that knows exactly what to do.  Your job is to open up to the change.

Jana
P.S.  This may or may not be the sermon Sunday.  Things change.
Posted by Jana Svoboda, LCSW at 12:48 AM 1 comment: