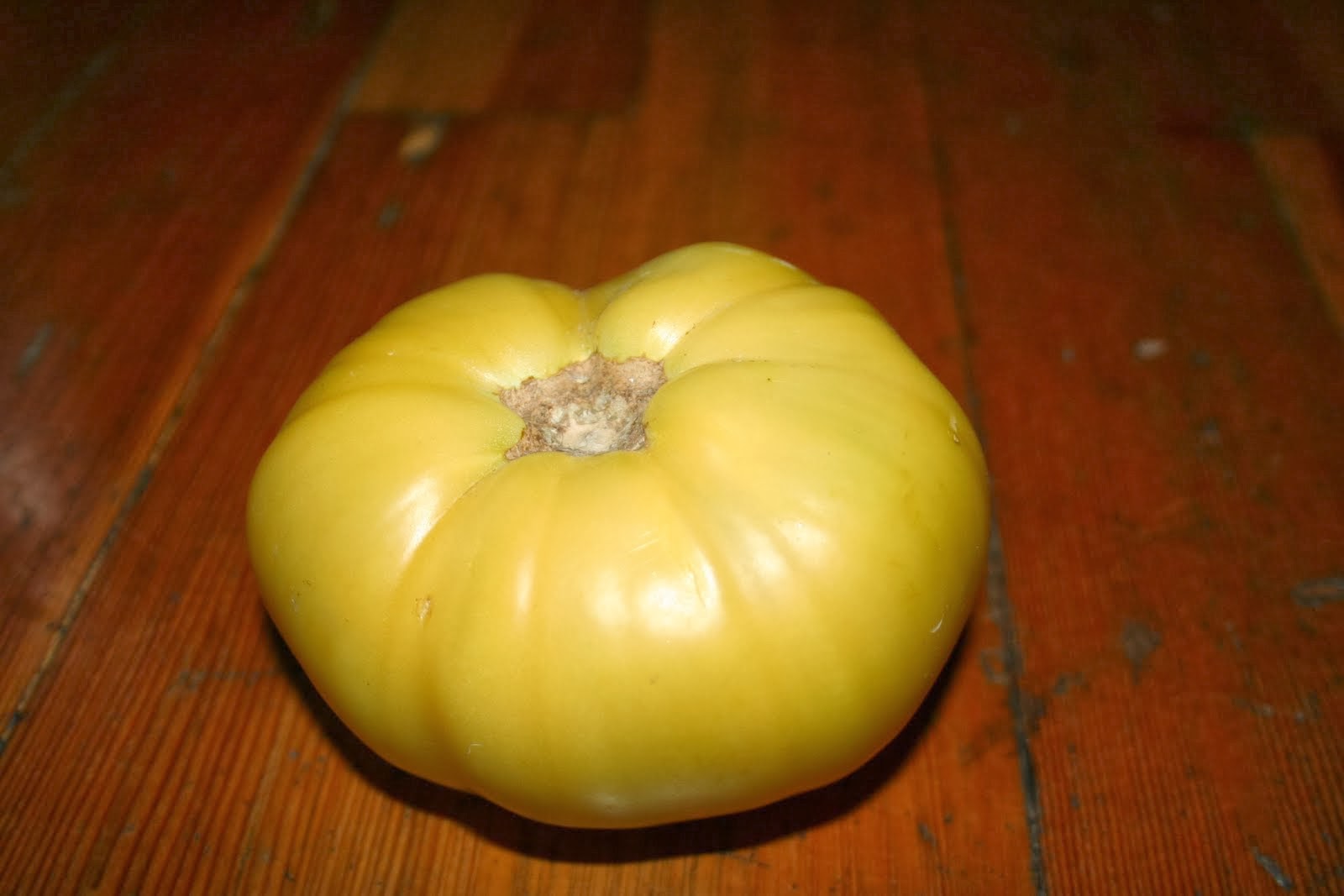 Due to Mondays beyond my control, today's post is mostly a rerun from 2010.

Some things never change. In August, maybe even July, our neighbors gave us a bag of tomatoes from their garden.  Included was this gem, about the size of a slightly flattened softball.  There was some mention of it being an unusual variety that would turn greener as it ripened.   It's still sitting on my counter, six some months later, as the crocuses start to bloom around town.   Far as I can tell, it's the same color, heft and firmness it was last summer. I don't know what sort of tomato it is, besides a real genetic freak, and extremely persistent. To what end?At least it can serve as an example of hanging in there despite odds.  Seasons change, the news gets grimmer and yet we get up in the morning and do what needs to be done. Love wins out.  Or hope.  Or tomatoes.


Song of the day:  Hang On, Little Tomato:  Pink Martini
Book of the day:  The Botany of Desire, by Michael Pollen (a history of adaptation and the perseverance of genes)
Movie of the day:  Away We Go (2009)-- holding on to love in spite of evidence to the contrary
Quote of the day:  "Fall seven times, get up eight".  --Japanese proverb
Quote redux: "If you are facing the right direction, all you need do is keep walking."  --Buddhist proverb
Posted by Jana Svoboda, LCSW at 5:48 PM