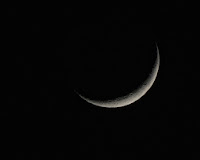 Since most of us have a M-F work week, I've reserved the big tasks for the weekend.  Today, your challenge is to widen your world.

There are lots of ways to broaden your horizons.  Your job is to search for some experience today that will send you outside of your zip code, literally or otherwise, in a manner that will connect you to another part of the earth.  It's a big planet, but today you are going to make it smaller.

Here's a dozen possibilities.  Have more ideas?  Leave them in the comment section.
Connect with someone from another country.  Adopt a sister through Women for Women International, tutor a learner (or become one) on a language exchange website, participate in a world dairy page, find a pen pal.  Want to be an armchair traveler?  Go to the library and pick up a piece of immersion-style prose or a travel guide.  Make a night of it:  choose a country then find a recipe or visit a restaurant specializing in the cuisine of that country.   Learn a few key phrases from another language.  Sign up to be a conversation partner for a visiting foreigner.  Throw a dart at a globe and read a few web articles about the area.  Read poems in translation.  Watch a foreign film. Think about your ancestry and engage in a cultural activity related to it. 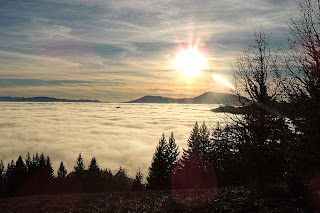 What's the point?
Well, it may be a big world, but we all have to share it.  The more we know about each other, the more we see our common humanity, and the more likely we will be to protect our planet and each other.  That's good for everyone.

I'm reminded of a tale I heard from Oregon story-teller Alton Chung about Pony Express riders way back in the day.  It wasn't easy making deliveries in the Wild West, and there were bandits on the trail. Delivery wagons were staffed with not just a driver but a security guard, who served to protect the cargo along the way.  The shooters were trained not to over-react-- they didn't want to harm folks who were living along the trails or just checking them out of curiosity.  In the story I heard, a driver and guard were hightailing it along the lonesome stretches of the Lewis and Clark trails when the driver spotted what he figured might be a bandit way off in the distance, so far off it (he?) wasn't more than a speck on the horizon.  He told the guard to ready his gun, but the guard insisted he wouldn't raise it until he knew if it were friend or foe.  They continued their approach until it was clear the speck was a human being, hiding in the bush of a foothill.  Still, the guard would not ready his rifle.  "I can't shoot until I see the whites of his eyes", he said.  They got closer.  It was a man, still a half mile off, but clearly a man.  "Shoot!", said the driver.  "No, I can't see his eyes", said the guard.  Closer, closer they drove, til it was clear that not only was it a man, but a masked man, glaring at them from behind the bush.  By now his eyes, though slitted, were clearly visible, and not without malice.  "Shoot him! cried the driver.  "I can't", said the guard.  "Why the hell not?  Don't you see the whites of his eyes now?"


OK, let's go get to know one another a little better.

Today's blog is dedicated to German artist Wolf Nkole Helze, who has made my world (and that of some 300 other participants in his world photo diary) a smaller, safer and friendlier place.

Today's quote:   “And above all, watch with glittering eyes the whole world around you because the greatest secrets are always hidden in the most unlikely places. Those who don't believe in magic will never find it.”   --Roald Dahl

Planning adventures big and small. Today is small and virtual, yesterday small and local. Goal - at least one small virtual or local per week and at least two large this year.

I got my ingredients together for making kolaches, but not my gumption. I expect she'll show up later in the week. I made at least cursory contact with my world-wide family,in france, turkey, germany, thailand, denmark, finland etc and learned about new year food customs in japan. i made mexican food for dinner and spoke a little yiddish and greek with a frend.