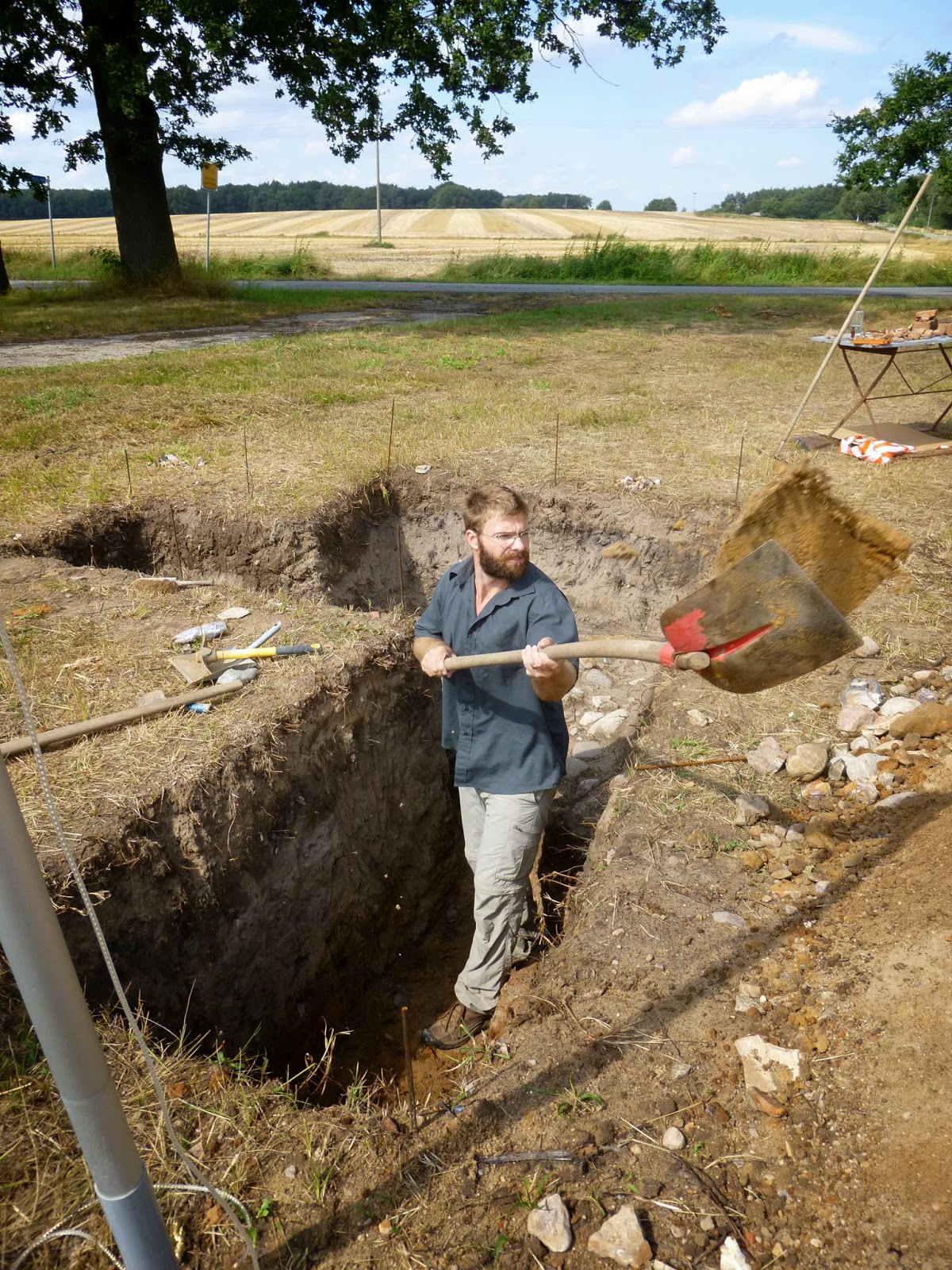 Ed. note:  I "met" Texas artist Joshua Goode in a strange way.  I'd become friends with a German artist via an international photo diary, and we chatted regularly about our days.  In the summer of 2013 Anit wrote about stumbling on a strange sight during her daily rural ramblings:  an American doing an archeological dig in a field near the tiny village of Hilmsen.  He turned out to be uncovering an ancient lost Texan civilization.  See video at bottom to see what he discovered.  Goode is the artistic version of a multi-instrumentalist.  He does sculpture, printmaking, paintings and performance installations.  Here he turns his thoughts to moving in new directions.  May you be inspired to try your own hand at a new form of expression today.  --jls
-----------------------------------------------------
Tiny Resolution—Trying Something New

After hearing and reading many New Year’s resolutions I have come to realize that I am unwittingly engaging in one of the more common and naively ambitious ones—write a book.

I did not wake up on January 1st with a cartoon exclamation point over my head with an epiphany to do this.  This decision was the result of a steady progression in the conceptual development of my artwork, which led me to the ‘logical’ conclusion that I need to write a book. 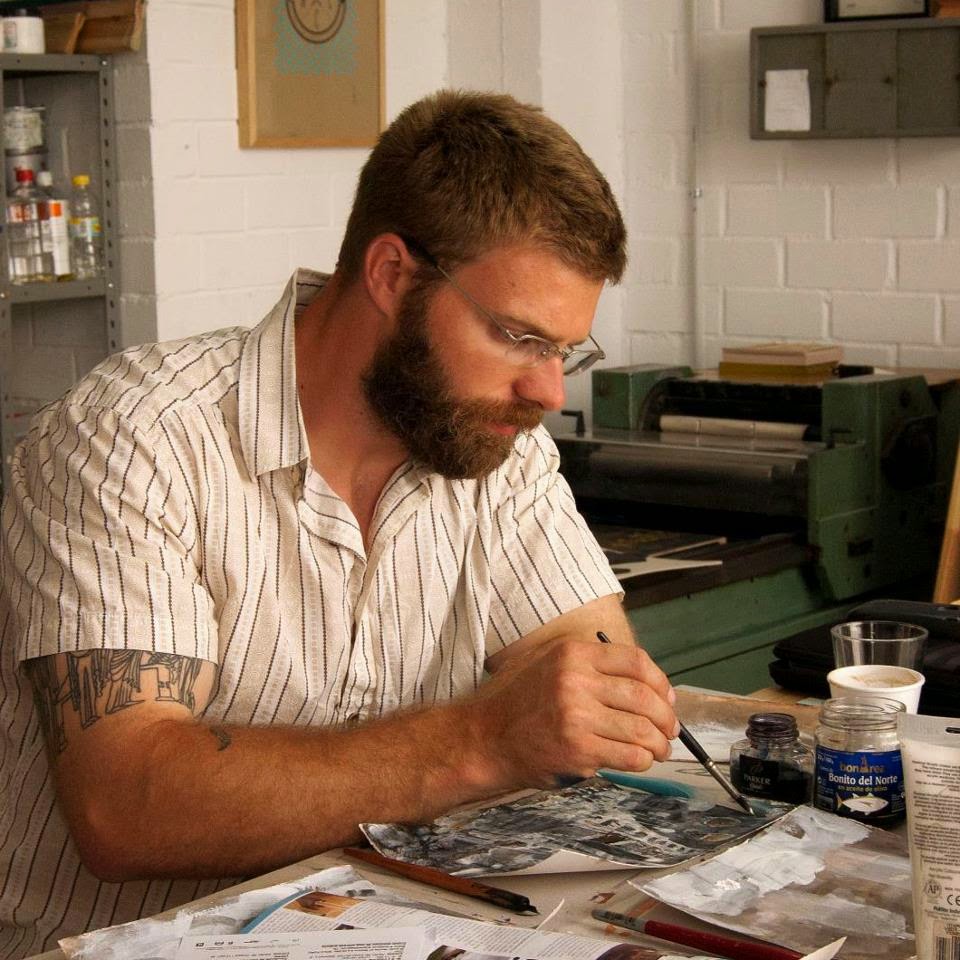 I could explain this decision more, but it really was an oddly clear one, which is strange because this endeavor is far out of my comfort zone and I have never considered doing it before.  I am a visual artist. I am used to working with my hands, physically altering objects.  Sitting in front of a computer for hours upon hours wrangling words is not something I’m looking forward to.  But I know I need to and I’m going to.  Why am I so certain that I need to?  Because this is what my artwork is telling me is the next step. There is really no simpler way to say it other than I’m listening to my gut.

I have always tried to approach my work from different ways, adding different elements to better tell my story. I began as a painter, then I added printmaking, then sculpture, then installation, then performance, then video, all as I felt the development of my artwork needed it.  Each one of these mediums took a lot of practice, failure and resolve to learn before I was able to implement them in the correct way as facets of my artwork.  Each time I have felt the excitement in the fear of trying something new, starting out again as an amateur. I cringe when I think of the numerous mistakes and the subtle embarrassment of seeking advice from professionals in a new craft, seeing the laughter in their eyes when I ask the stupidly obvious questions of a rookie. At the end, however, comes the payoff, the personal triumph of learning something new. 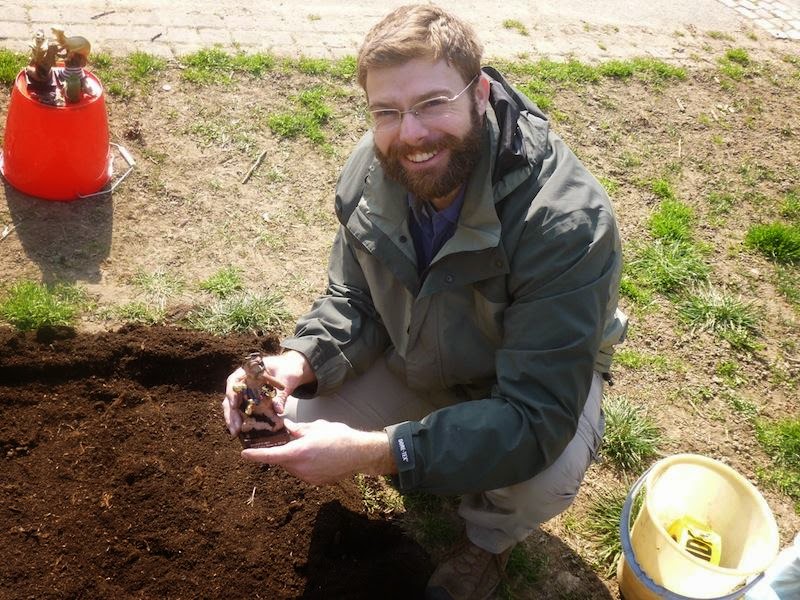 I often think of my daughter, now seven, as she tries new things.  I have watched her learn so many things I now take for granted. Seen her fear when sitting on a bicycle for the first time.  The joy in her eyes as she first hit a baseball after swinging and missing and slamming her bat down in frustration. Listened to her timid, hesitant voice awkwardly fumbling through her first storybook.  As kids growing up we are constantly learning and trying new things, either out of necessity or fun, sometimes both.  As we get older we often avoid the struggles and pains of learning something new.  The necessity isn’t always as apparent as when we were kids and we can have fun doing something we already know.  So we get into comfortable ruts.

My imagined need to expand my artwork keeps pushing me forward. It keeps life exciting and prevents me from becoming bored by doing the same things all of the time.  So I’m going to learn how to write a book, write it, and add yet another aspect to my work.  I don’t know how it will turn out, but it’s happening, I don’t see any other option.  Then what?
--Joshua Goode, 01/2015