Ed note:  Liz lives in England with her hubby and cats, and long-distance dotes on her two sons, one of whom stayed with us a few days as he transitioned to his study abroad year at Oregon State University.  Thanks to the lousy state of the world economy, Liz has been reinventing herself on a regular basis.  Here she shares a few literary pals who helped her on the way.  --jls 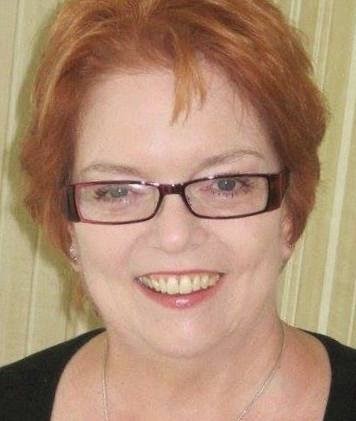 DON’T PANIC!
The gently nudge from Jana suggesting that I might offer a challenge to her wide ranging friends gave me a scared feeling. This in turn – with the approaching deadline of 31st – pushed me to give it a try.

Over the years I’ve experienced, I realize, a lot of things that other people may find scary.

I gave up my job to return to Education as a mature student, to gain an Education Degree in Youth and Community Studies. I’ve traveled alone, had children when some folk are starting to have grand children, moved around the UK – and now am on my third redundancy (Ed. note:  that's Brit for"layoff").  So I should be able to write up a small challenge to a group of very friendly people!
My challenge is quite simple – it’s to read (or listen to if you have Audible) some fiction books I have chosen – which to some degree have influenced me and, how I look at the universe. Even if you have read these previously – go back and read again – I always find something new. 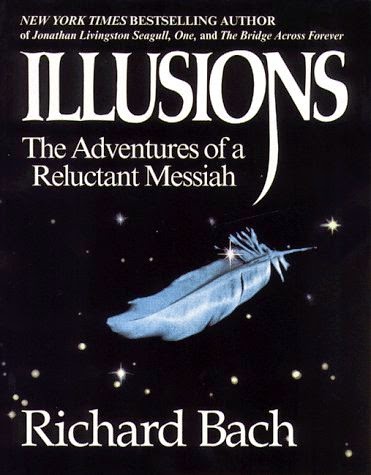 1)    Illusions: The Adventures of a Reluctant Messiah by Richard Bach (ISBN: 9780099427865)
I find it interesting how sometimes things, in this case a book, will come to you at a time when it’s needed. This an uplifting read and I’ve gone back to it several times especially when feeling down.  What did I learn? Well, it is possible to zap clouds and that if you keep telling yourself you can't do something – you won't be able to.

2)    The Hitchhiker's Guide to the Galaxy: 1/5 (Hitchhikers Guide 1) by Douglas Adams, (ISBN: 9780330508537)
There are 5 books in this trilogy by DA – so if you enjoy the first you have a series to follow.  Again I’ve read the books several times and presently listening on Audible – which means I can do other things at the same time: drive, go on walks etc. (but not I’ve noted, write). What did I learn? The reason why most of the time the world doesn’t makes sense. And that films are never as good as the books!
The next is a bit off the wall:

3)    The Godfather by Mario Puzo (ISBN: 9780099528128) I can remember where was and who I was with when I first saw the Film – I went straight out and bought the book. I know it's weird but I think it’s the idea of ‘Family’ that embraces all kinds of people – extends and protects - that attracts me and makes me filter out the violence. There are lots of memorable quotes but one I always remember is: Clemenza: “You know, you gotta stop them at the beginning. Like they should have stopped Hitler at Munich, they should never let him get away with that; they was just asking for trouble”. What did I learn?  You don’t always know what people might do – but generally speaking an early challenge might reduce the possible escalation in the future.

A good example is The Falklands.  Prior to Margaret Thatcher, previous Prime Ministers would quietly dispatch Ships and Aircraft carriers to the area – and the sabre rattling from Argentina would abate. However, Margaret Thatcher, friend of the Right, gave out all the signals to encourage Argentina to invade and a war started.
That's the challenge. I hope you enjoy them as much as I do.
If you ever get the chance,  get a copy of Things My Girlfriend and I Have Argued About by Mil Millington (ISBN: 9780753820735).  It may be English humour – but I find it laugh out loud hilarious!
--- Liz Reynolds, armchair philosopher,  Stafford, England (1/28/15)