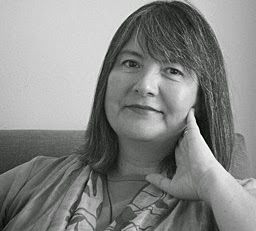 A thoughtful essay on paying attention when psyche comes knocking, by poet Mari L'Esperance. From her bio: Born in Kobe, Japan to a Japanese mother and a French Canadian-New Englander father, Mari is the author of The Darkened Temple (awarded a Prairie Schooner Book Prize in Poetry and published in September 2008 by the University of Nebraska Press) and an earlier collection Begin Here (awarded a Sarasota Poetry Theatre Press Chapbook Prize). Coming Close: Forty Essays on Philip Levine, co-edited with Tomás Q. Morín, was published by Prairie Lights Books in May 2013. The recipient of awards from the New York Times, New York University, Djerassi, Hedgebrook, and Dorland Mountain Arts Colony, L’Esperance lives and works in the Los Angeles area. You can read more about her at her website, http://www.marilesperance.com/
-----------------------------------
Letting Go     1/31/15 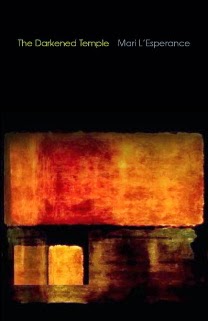 A stranger once said to me, “Life has many chapters.” I’ve carried her words with me ever since. In the new year I’ve been giving much thought to the notion—and conscious choice, or, more often, a series of choices—of letting go and have been experiencing internal movement and a rekindled sense of possibility the more I allow myself to reflect upon it. Letting go of what no longer serves us—aspects of the past, draining or one-sided relationships, a distorted self-image, joyless work—becomes even more urgent in midlife, that snarled thicket in which I now find myself (cue Dante). The no-longer-deniable reality of my mortality, of narrowing options—all part of aging, awakening, and deepening—have forced me to confront myself in ways I find simultaneously uncomfortable, scary, and enlivening. Let’s just say the universe has turned the volume way up and I’m finally beginning to listen and pay attention rather than defend against it in a host of ways.

It’s been my experience that we invite in and nurture growth and vitality when we attend to, and follow, what energizes and excites us. When we’re shackled (sometimes unconsciously, sometimes not) to a sense of obligation or duty to others—family, society, a profession, a way of being—it can be easy to lose contact with what holds meaning on a personal level, with what feeds the soul. We can also find ourselves “shackled” as the result of uninvited life circumstances: it’s well known that trauma can freeze us in a caul of fear and risk aversion so that any reaching for the new feels potentially annihilating, even though that reaching is life affirming and necessary to our development. All that said, I’m also aware that, for me, letting go is about finding a balance between “obligation” and “freedom”—that one can’t exist without the other.

One of the areas in which I’ve been sensing this growing urgency to let go is in my writing. For as long as I’ve been writing poems (over 20 years, and with uneven consistency) I’ve identified as a poet, first and foremost. But in the past few months I’ve become increasingly aware of a quiet yearning to write something bigger—something in (gasp!) prose. Just the thought feels terrifying and overwhelming—yes, potentially annihilating. After all, it’s the unknown! Disaster and Failure lurk around every corner! And what about Poetry, my first love and constant companion these many, sometimes-hard years? Poems—those lifeboats of meaning, feeling, image, sense, and sound—held me in, held me up on a dark and roiling sea. Setting poems aside, even temporarily, to commit to a prose work feels like an act of betrayal. And yet I’m finding it increasingly difficult to ignore prose’s pull. So I’m trying (trying) to stay open to what arises, and follow it, rather than adhere irrationally to self-limiting “shoulds”. Maybe there’s a way that what comes in the writing doesn’t have to be one or the other—that integration is possible. Poetry and prose living together on the page. Time will tell. My friend Leslie McGrath, a poet and writer with formal training in clinical psychology, once counseled me 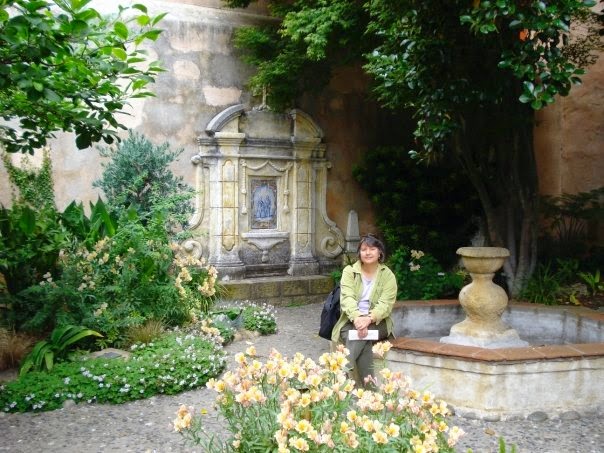 to let go of what I’ve long thought I should be doing, in my life and creative work, so that I can finally be released to do what I’m intended to do—whatever that might be. American psychologist Abraham Maslow said, “You will either step forward into growth or you will step back into safety.” Stepping fully into life’s flow, with openness and receptivity to all that it offers, is both frightening and exhilarating. So I’m paying attention to those small internal voices and grooming my feathers.

From one who is navigating the snarling thicket of middle life, thank you. For the not-so -small but very important challenge.

This is a lovely piece. Inspiring!

Thank you, Shelly and Theresa, for your kind feedback -- I'm glad my words have been helpful to you. And I'm ever grateful to Jana for inviting me to write something for her blog!