Tonight I enjoyed a vivid plate of freshly sourced local delicacies and the company of others as we contemplated our demise. 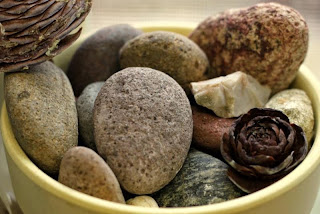 Our host had recently attended a similar dinner at the home of an oncologist.  The idea:  meet with others and talk straight about one of the few experiences we absolutely will all share but rarely discuss-- mortality.  We talked about a death that impacted us and toasted each (here's to you, Mary Zee).  We talked about what we feared most about death, what we wanted to accomplish before and what legacies we wanted to leave.  It was an enlightening evening, both easier and more difficult than I imagined.  The conversation's only started.

Started by Seattle artist/activist Michael Hubb, Death Over Dinner is a way to encourage us to think and talk about how we want our end to be.  The aim:  get end of life issues on the table.
I've seen people of great significance in my life die in the last few years.  My own mortality has never felt much of a concern, but watching others go is hard.  Several of these deaths came in a short period of time and I went on a death-reading-binge, perhaps thinking if I glutted on facts the emotional part would relent.  It did, some.

I did clarify my hoped-for legacy tonight.  I want to leave my children and maybe a few other people I've met with a little more love for the natural world, a desire to be kind to themselves and others, and a joy and wonder and curiosity for life and learning.  That would be great.


I hope you'll consider talking about death, with your family and physician.  Fill out your advance directives.  We can't avoid it, so let's do what we can to make it what we hope.

If you're ready to look death in the eye, here are a few recommended reads.  I had to do a search to get the correct title for one of these.  It's telling that if one enters books about death and dying into that certain major vendor site, the vast majority of books are about heaven, reincarnation, etc.  Not these.  You've been warned.

STIFF, by science writer Mary Roach, opens with a scene that should give
nightmares-- but it must to be the funniest nonfiction book about mortality written.  She covers the gamut from body donation to biological decay, with smarts and a truly morbid sense of humor.

The Undertaking and Bodies in Motion and at Rest, by poet and mortician Thomas Lynch.  These essays from a small town undertaker look deep at final moments and the wake of them, and he writes with lyricism and wonder.  PBS' Frontline made a film about his work; you can see it by clicking this link. 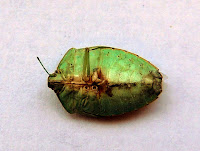 The Thing About Life is That One Day You'll Be Dead, by David Shields.  I liked one this a lot, but be warned, many reviewers seem to have a hard time with it.  It's half memoir, half encyclopedia of the rampages of human decay.  The author is a 50 something man with coming into a death-grip with his own mortality and working through a difficult history with his 97 year old dad, who apparently refuses to die.   Shield has a wicked sense of humor that is so dry some will miss it.  He opens the first pages listing all the things we do to preserve and prolong our lives:  yoga, low-fat, jogging, decaf-- then reminds us:  you're still going to die, sucker.  I read this at a time when I needed that slap.

Learning to Fall:  The Blessings of an Imperfect Life, by Philip Simmons.  Simmons, a professor of writing, was 35 years old when death became an imminent reality with his diagnosis of ALS.   This is his love letter to life, a spiritual teaching tale.

How We Die:  Reflections on Life's Final Chapter, by Sherwin B.Nuland.  This classic book by a surgeon was probably the first modern unflinching look at our common and ubiquitous outcome, and stirred much of the movement toward end of life directives.  It also won, rightly, a National Book Award.  It's sobering and profound. Fresh Air's Terry Gross interviewed Nuland in 1994-- it's well worth a listen two decades later.